Berwick FTS Bandits: 41
Glasgow Tigers: 49
SGB Championship
The Berwick FTS Bandits rode their last Championship league match of 2021 last night at Shielfield Park, closing the season with Nikolaj Busk Jakobsen still out of action on medical grounds with rider-replacement covering his absence, unfortunately with hours to go his replacement, Jason Crump fell ill and in no condition to race (hence the R/R rule utilisation) but was interviewed, much to his credit, an explain his issues while obviously unwell, and on a notable night it also saw the last races of long-time Bandit, Aaron Summers before his retirement from the sport.
Summers was brought onto the track with a tribute from his fellow riders, of both sides as his associations with both the Tigers and Bandits are strong before a presentation to honour his career before the battle commenced. 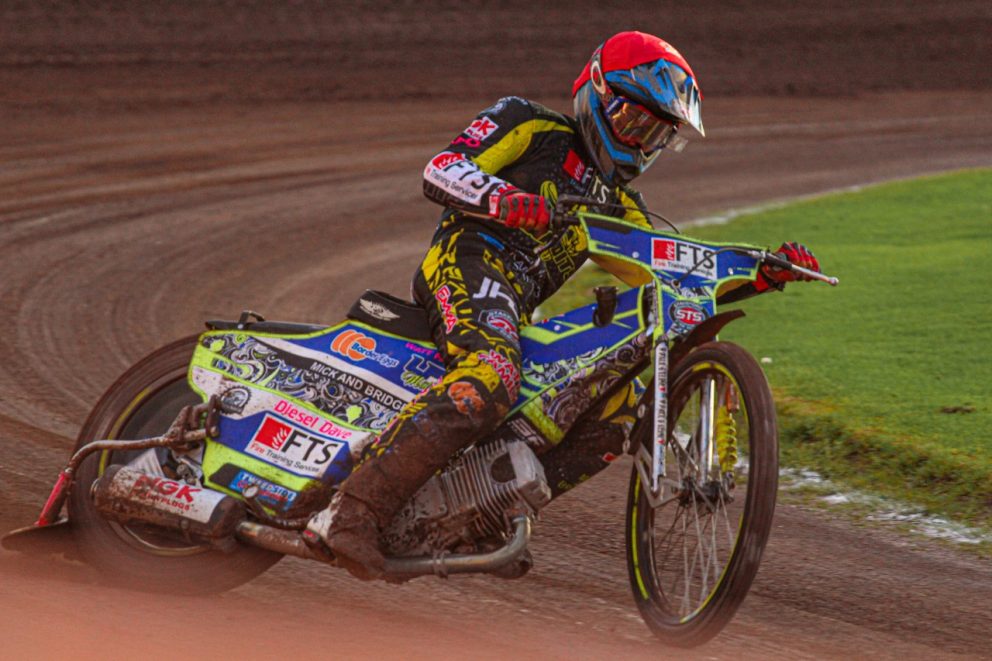 Former track record holder, Craig Cook, back from a short break was in action in Heat One, and won with ease in a Glasgow 2-4 over Jye Etheridge, and after a Heat Two Bandits’ 5-1, Tom Brennan hit the track hard on the opening lap of Heat Three with Leon Flint getting close too, while in the re-run Brennan roared away for the win, pressed hard by Flint on the last lap for a shared 3-3, and the fourth ended up a 1-5 for the Tigers with Ricky Wells and Connor Bailey taking the maximum over Summers and as retired Kyle Bickley taking the score to 11-13.
Flint suffered an engine failure at the start of Heat Five as Cook and Sam Jensen took an easy 1-5 putting Glasgow into a 12-18 lead, while Etheridge charged the tapes at the start of the sixth, with his exclusion as Andersen flipped violently at the tapes rose, snapping his handlebars, but he was back for the re-run with Bickley taking Etheridge’s ride, and in that re-run Ricky Wells took the win over Bickley as Andersen took third after Marcin Nowak suffered bike problems in a 3-3. 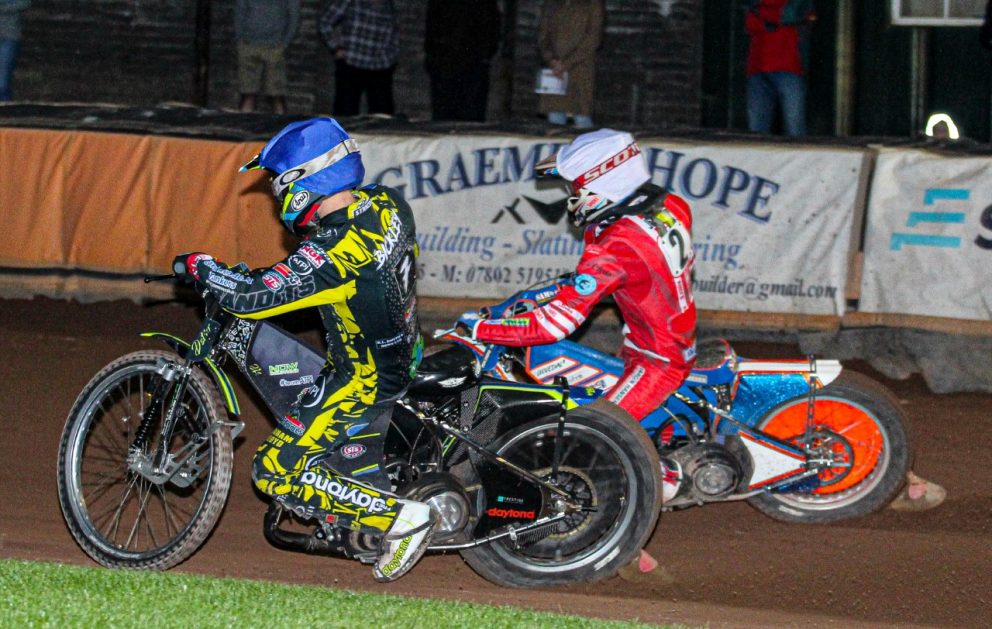 Flint flipped at the start of Heat Seven for which the referee stopped the race and excluded Flint for being the primary cause of the stoppage, but also issued a warning to Broc Nicol for moving at the start, the result was a 1-5 to Glasgow with Summers then also warned for moving at the start of the re-run, as the score lurched chaotically on to 16-26.
The Bandits then hit the power-up button with two solid 5-1s in Heats Nine and 10, the former won by Gappmaier over Flint who passed Wells well on the first lap, while in the 10th Flint, as a rider-replacement won well with Etheridge taking a solid second to move the much healthier score on to 29-31.
Despite some brilliantly forceful racing from Flint and Gappmaier, the Tigers hit home two 1-5s in Heats 11 and 13, taking the score to 34-44, and with a Heat 14 4-2 from Gappmaier over Brennan and Andersen took Glasgow to victory, with one race to run at 38-46.
Cook ran Gappmaier wide on bend one of heat 15 with the Bandit running out of track and ending up in the fence for which the Tigers’ number one was excluded from the re-run in which Wells took the win over Gappmaier and Flint sharing the race and ending the night 41-49. 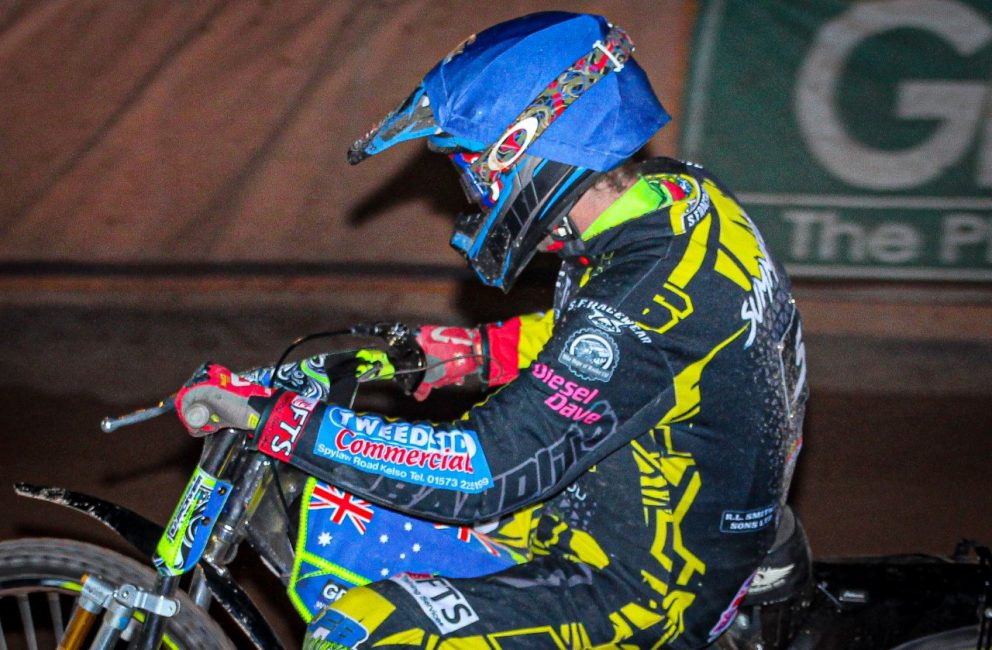 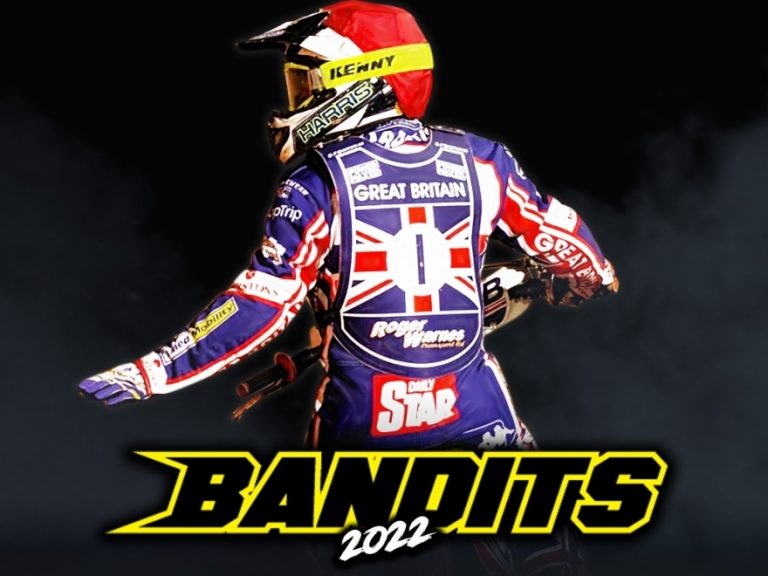 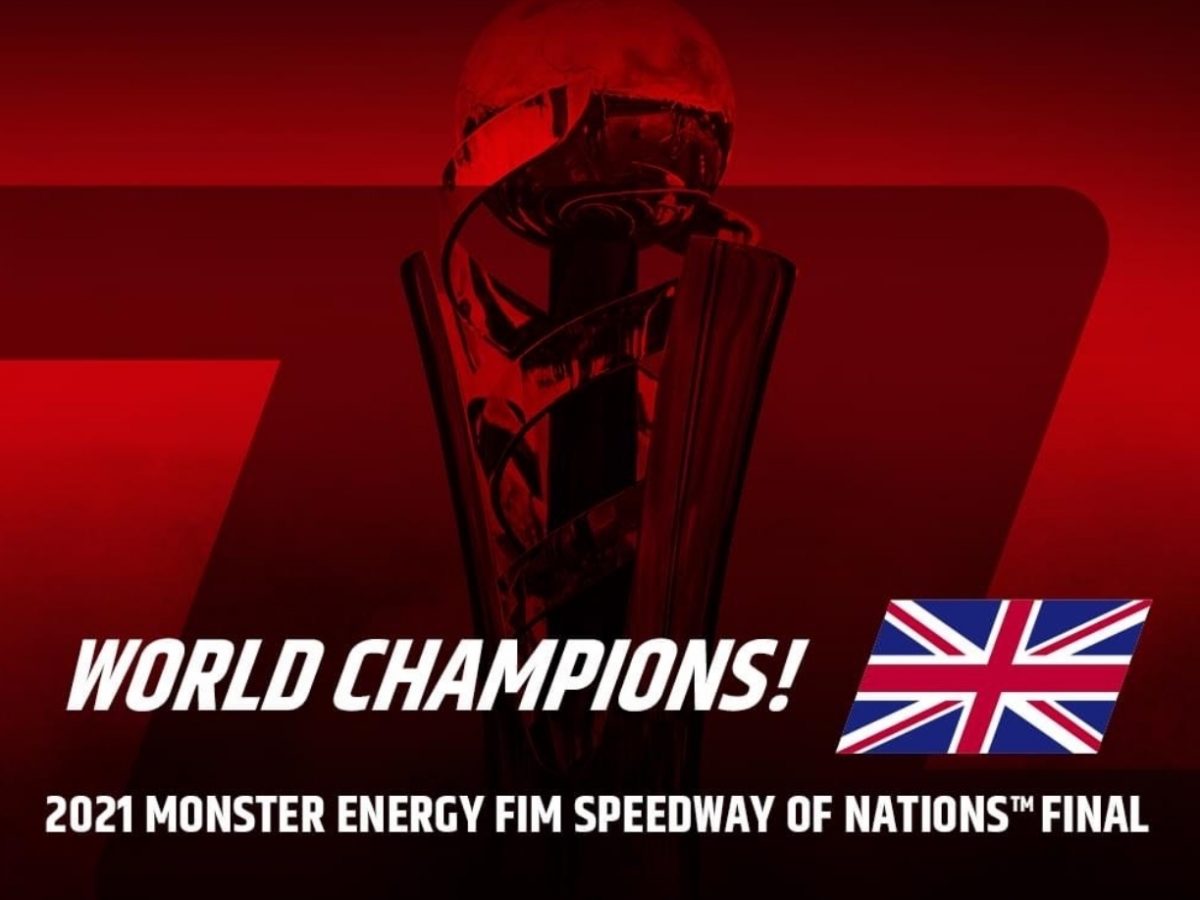 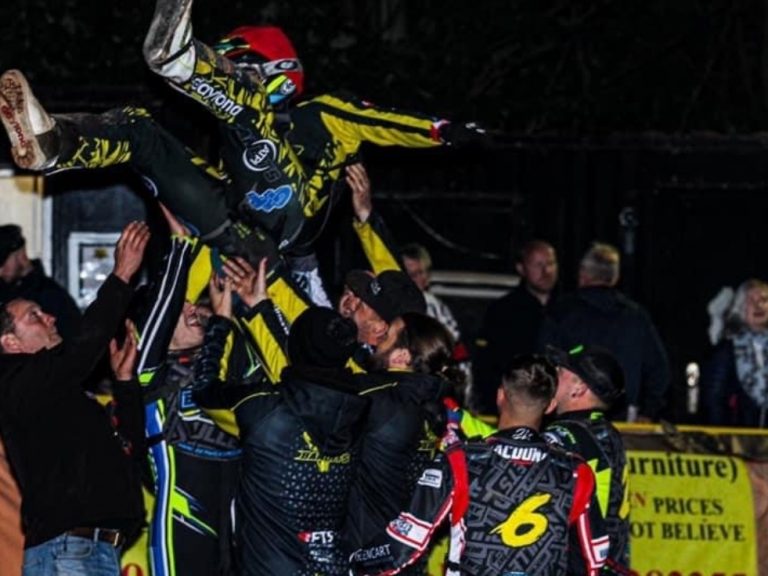 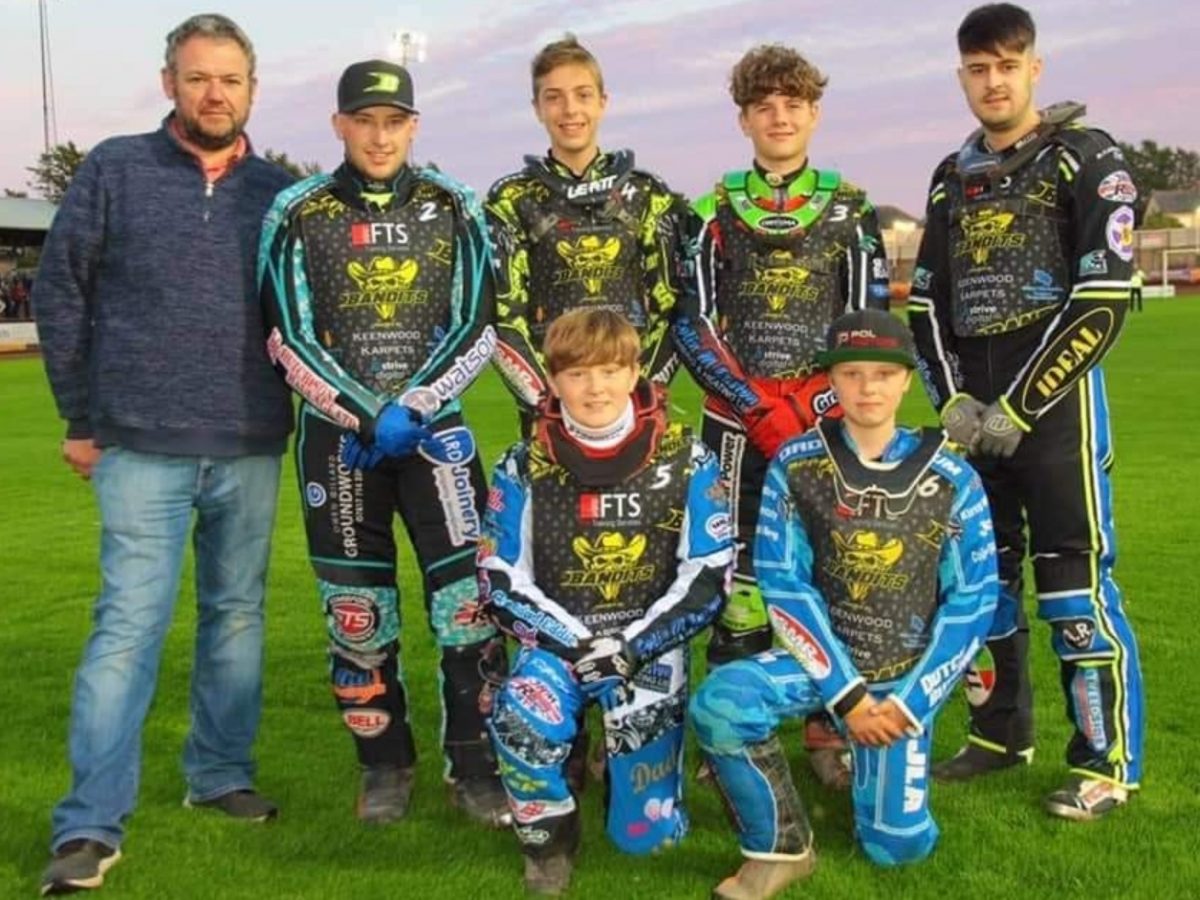 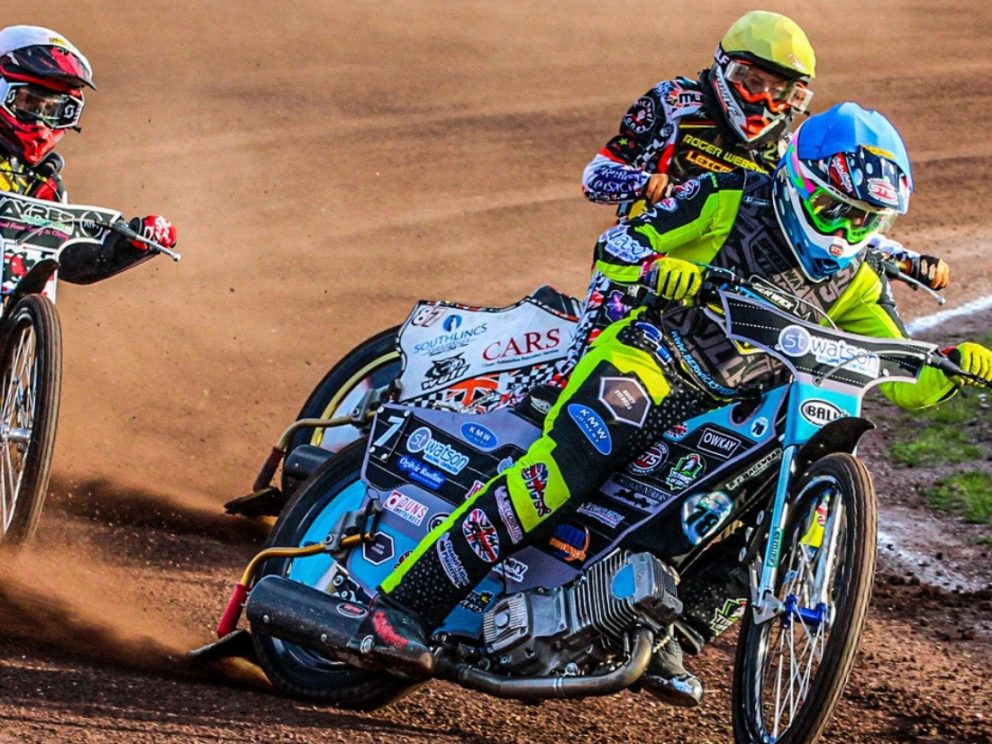 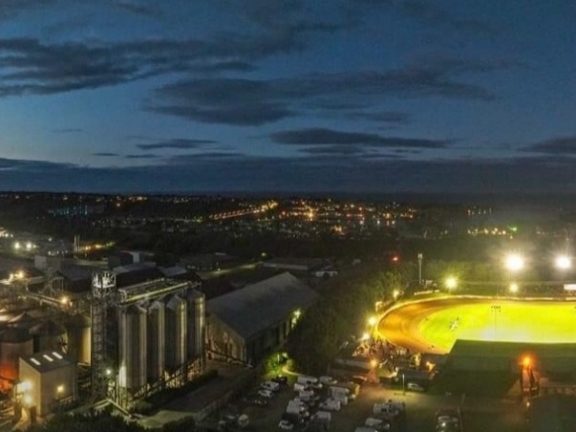