Berwick Bullets Select 40
Exhibition Challenge
With the sad loss of the Eastbourne Eagles from the Championship League, Berwick Speedway were left with a blank date to fill, so staged an exhibition challenge last night at Shielfield between a Berwick FTS Bandits select side against a Berwick Bullets select side, with six-man teams, and six heats through the meeting with tactical rider nominations at the discretion of the team managers with each of the six team members allowed one sub ride each.
The tactical heats were set for four, six, seven, nine, 11, and 13, with a conventional opening in Heats one to three, with the sides tied at 9-9, however with Jye Etheridge and Danny Phillips nominated for the first tactical rides in Heat Four, and it was Etheridge for the Bandits who won well from the gate ahead of Phillips with Kieran Douglas of the Bandits holding Bullet Ryan Macdonald at the back in a 4-2 taking the score to 13-11. 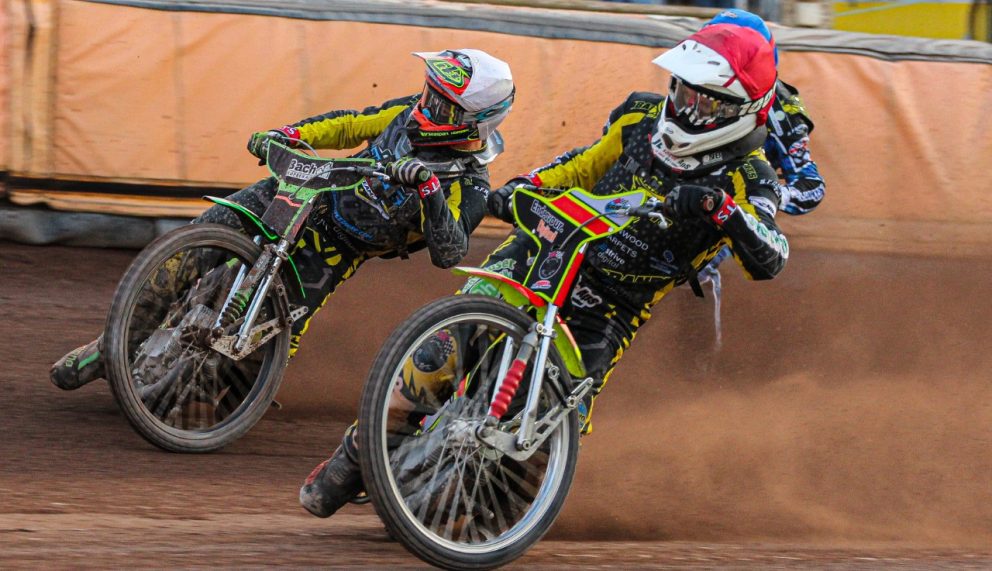 Greg Blair put up an excellent chase for the Bandits behind the Bullets’ Dany Gappmaier who took third as Kasper Andersen (Bandit) took the win over Nikolaj Busk Jakobsen in a shared 3-3, the score now 16-14, and with Leon Flint nominated for the Bullets in the sixth, his win over Aaron Summers of the Bandits shared the race, 3-3 while Blair was nominated in Heat Seven for the Bandits and rode a blinder of a race chasing hard behind Flint all the way in a thrilling race, but it was a Bullets’ 2-4, the score now 21-21.
Buck Jakobsen was the Bullets’ nominee in Heat Nine alongside Macdonald, and it was a great race, led and won by Andersen, and Blair behind for most of the race until Busk Jakobsen took him on the run to the finish line in a great move, takin the result to a Bandits’ 4-2, and the score to 29-25.
Flint took his third win of the night in Heat 10 well over Summers and Etheridge of the Bandits in another shared 3-3, the score now Bandits 32, Bullets 28 while Bandit Summers, in Heat 11 as a nominee took a big early lead to win well as Busk Jakobsen (Bullets) had his bike grind to a halt in the Bandits’ 4-2, extending the lead to 36-30. 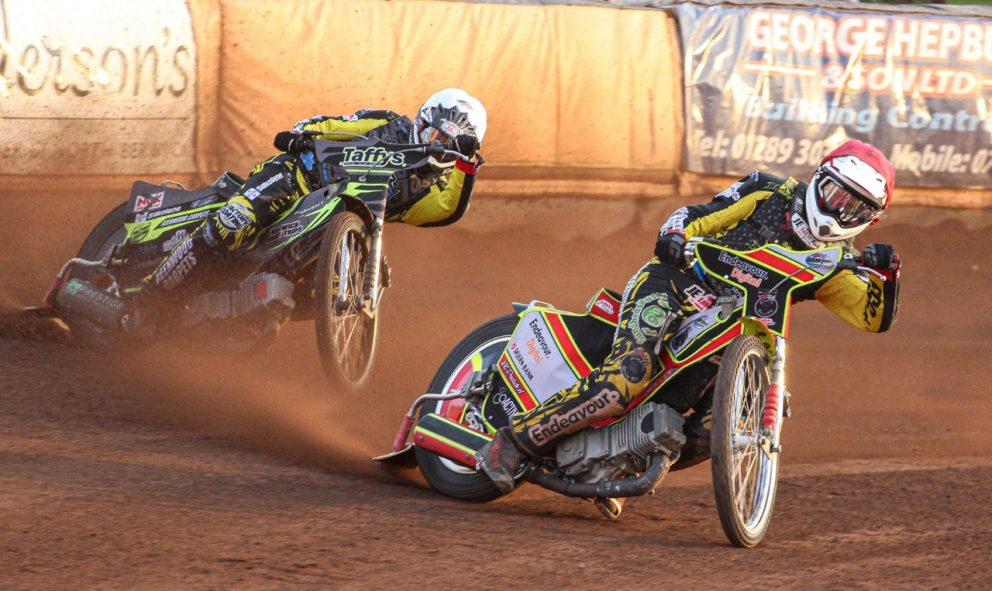 Ben Rathbone made a brilliant gate in Heat 12 to take a massive win over Watson as part of a Bandits’ 4-2 to put eight points between the side, 40-38, but a big win for Bullets’ Gappmaier from his nominated ride ahead of Summers and Flint, in a Bullets’ 2-4, narrowing the gap to Bandits 42 Bullets 36 with two races to go, vbut a Bandits’ 4-2 from the on-fire Andersen over Flint and Blair which took the score to 46-38 and handed the win to the Bandits with one to go.
Club Owner/promoter (and one-off team manager for the Bullets) Scott Courtney said: “It was a good night out tonight. Entertaining, and different. I think the exhibition has proven this format with six heats featuring nominated riders, decided by the team managers, works well and adds another dimension to the tactics of the match. We’re all happy with this experiment tonight!”
Riders individual scores:
Berwick FTS Bandits 50
Aaron Summers 2,2,2,3,2 = 11
Jye Etheridge 0,3,1*,3,1* = 8+2
Kasper Andersen 3,3,3,0,3 = 12
Greg Blair R,0,2,1,1,3 = 7
Ben Rathbone (captain) 3,0,1,3,1 = 8
Kieran Douglas 1,1,1,1 = 4

TICKETS ARE LIVE! & Pirates vs. Bandits

Time is right for Nathan

Timing is everything for Berwick FTS Bandits, powered by Keenwood Karpets’ new…