The Championship season may be complete but the season continues for the FTS Bandits, powered by Keenwood Karpets, top men.

After guesting for King’s Lynn at Sheffield on Thursday and Redcar in their play-off quarter-final defeat at the hands of Edinburgh on Saturday. Leon Flint continued his run of eye-catching individual performances with a solid seven-point haul in Sunday’s restaging of the Sports Insure British Final.

Three second places kept him in contention for a semi-final position at Manchester’s National Speedway Stadium but he had to settle for just a further point from his last two rides.

Dan Bewley won the meeting from Glasgow’s Tom Brennan – two of a trio of riders tied at the top of the scorecharts when rain called a premature halt to the initial staging in early August.

But for the third, Bandits’ skipper Chris Harris, Sunday was dogged by mechanical problems, finishing a distant fourth in his opening ride and then seeing his hopes disappear with a broken drive belt when he was half a lap ahead of Kyle Howarth and Brennan in the crucial heat 15. In the end he had to settle for six points. 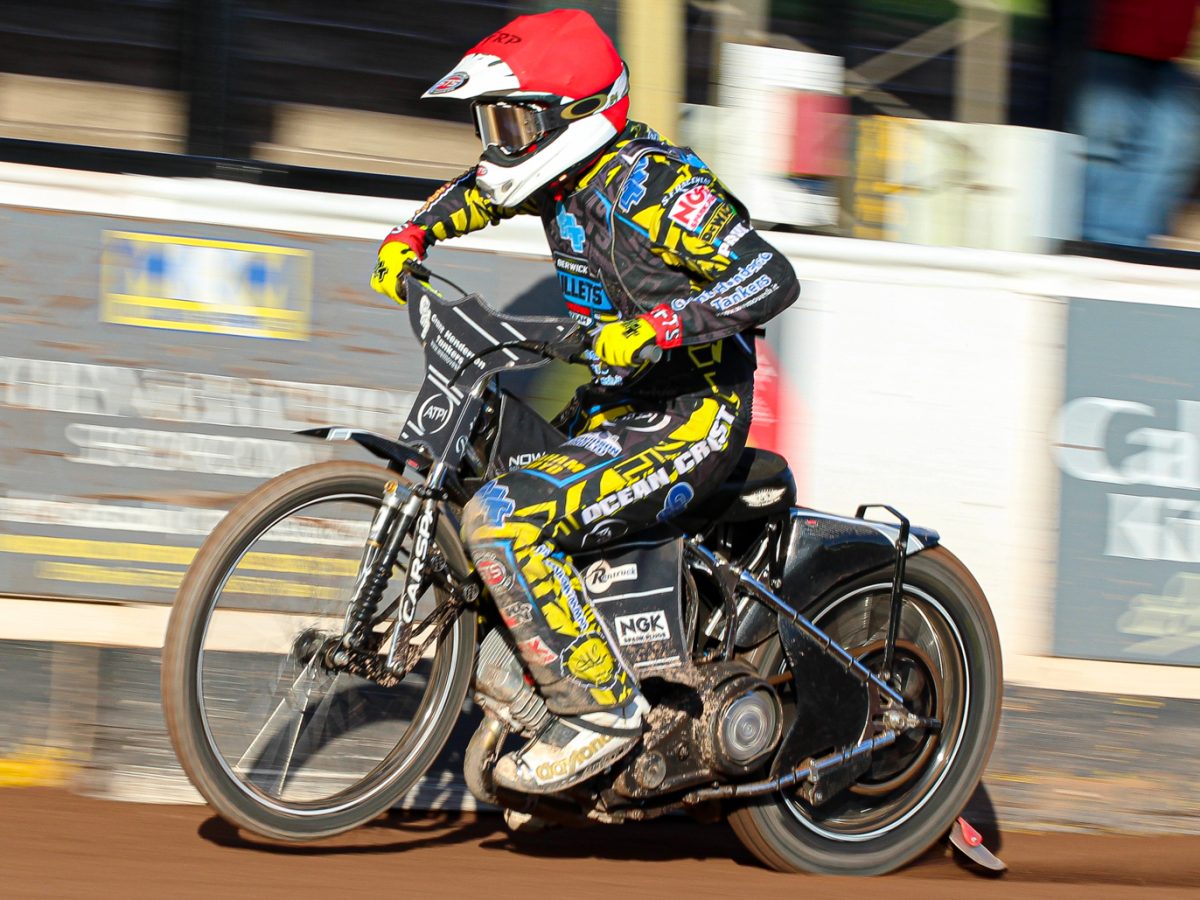 Bullets hang fire and a lost season in print