SGB Championship
📸 TazMcd Photography
📸 Jamie Kenny
The Berwick FST Bandits often looked at matches at Edinburgh with fear and trepidation, but again last night in the SGB Championship, the Bandits started strong despite a Heat One 5-1 as Dany Gappmaier and Jye Etheridge struggled to handle Sam Masters, well out in front, and Nathan Greaves who forced his way under Etheridge at the beginning of the fourth lap. 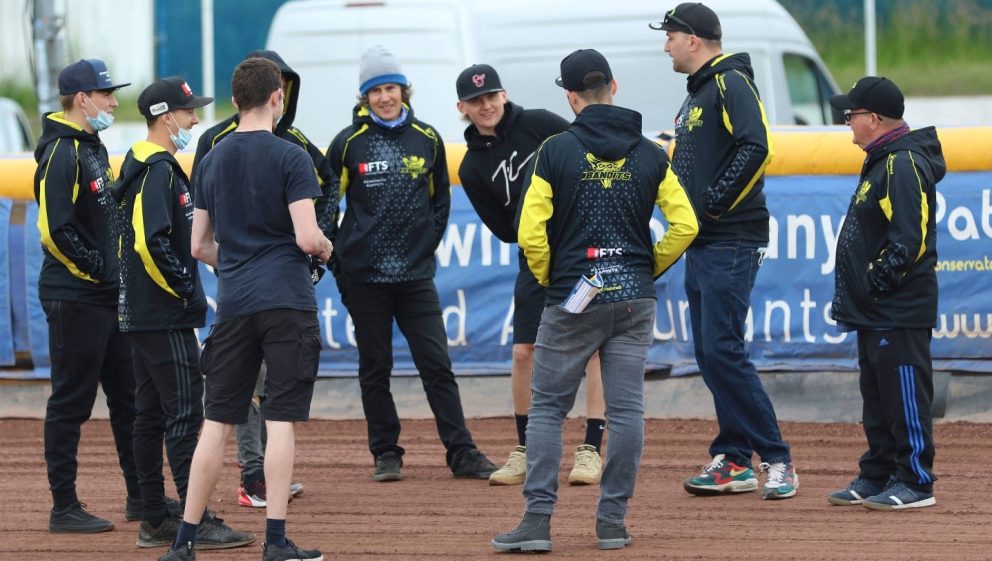 Heats Two and Three were both Monarchs-led 3-3s before Kasper Andersen made his Bandits’ debut in Heat Four and won well from the gate, initially alongside Kyle Bickley, but both Kye Thompson and Richie Worrall pushed past Bickley for another 3-3, the score after four now 14-10, and Berwick were again on a 1-5 in Heat Five, led and won well by Etheridge, but Gappmaier suffered a retirement after being passed by both William Lawson and Josh Pickering in a fourth straight share of the points.
The sixth was again a 3-3 won by Masters over Leon Flint, as was Heat Seven when Andersen gated well for the early lead but pulled a locker on the opening bends allowing Worrall through for the three points despite Andersen pushing hard in second, as the scores move on to a close 23-19.
Thompson was under extreme pressure from Gappmaier in Heat Eight after passing Greaves early on, but the home 4-2 put the Monarchs six ahead, 27-21 before the 3-3s were back, Heat Nine won by Pickering over an exuberant Andersen and the 10th Masters was again untroubled by Summers behind which took the match scores to 33-27. 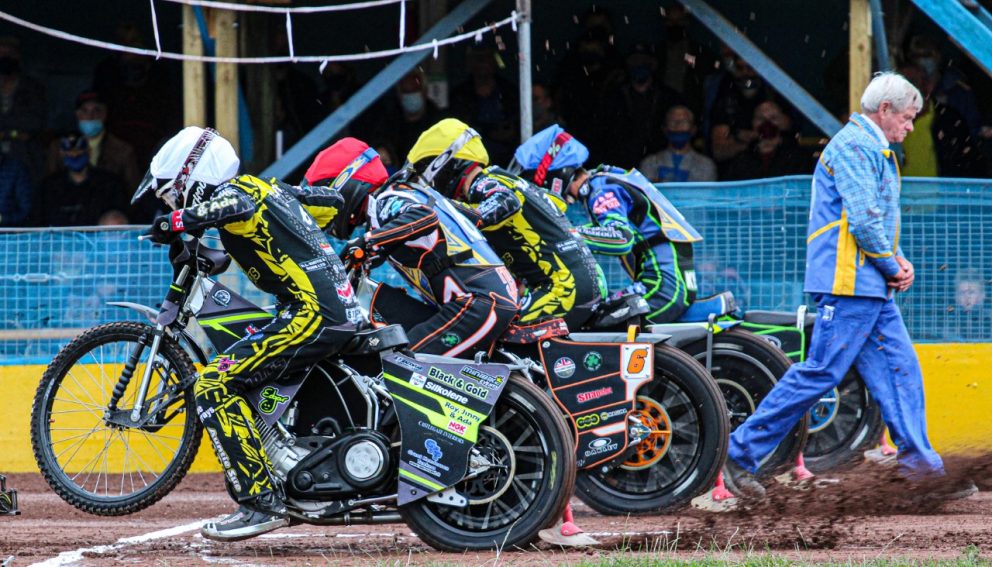 Gappmaier and Etheridge excelled in Heat 11, capitalising on Worrall’s two-minute penalisation putting him off 15 metres and took a solid Bandits’ 1-5 narrowing the gap to two points, 34-32, however Heat 12 started badly for Berwick when Flint spun on the second bend with Thompson coming down, and was excluded from the re-run, in which Thompson best Andersen well for a home 4-2.
Masters touched the Heat 13 tapes and went off 15 metres, however with Worrall out in front, Masters tried hard to worry Etheridge who took third behind Summers in a 3-3, to take the scores to 41-37 with only two races to go, and in Heat 14 Pickering’s win took the win away after a decent effort from Berwick, again laying the Armadale ghost with great effect.
The Bandits host Edinburgh in the return match tonight at Shielfield Park, at 7.00pm
Team manager, Gary Flint said: “It’s great to come to what was our bogey track and put in this sort of competitive performance from all the guys, and for Kasper Andersen to make his Bandits’ debut as top scorer is a brilliant thing to see. We knew he was going to significantly strengthen us, but tonight was exceptional.” 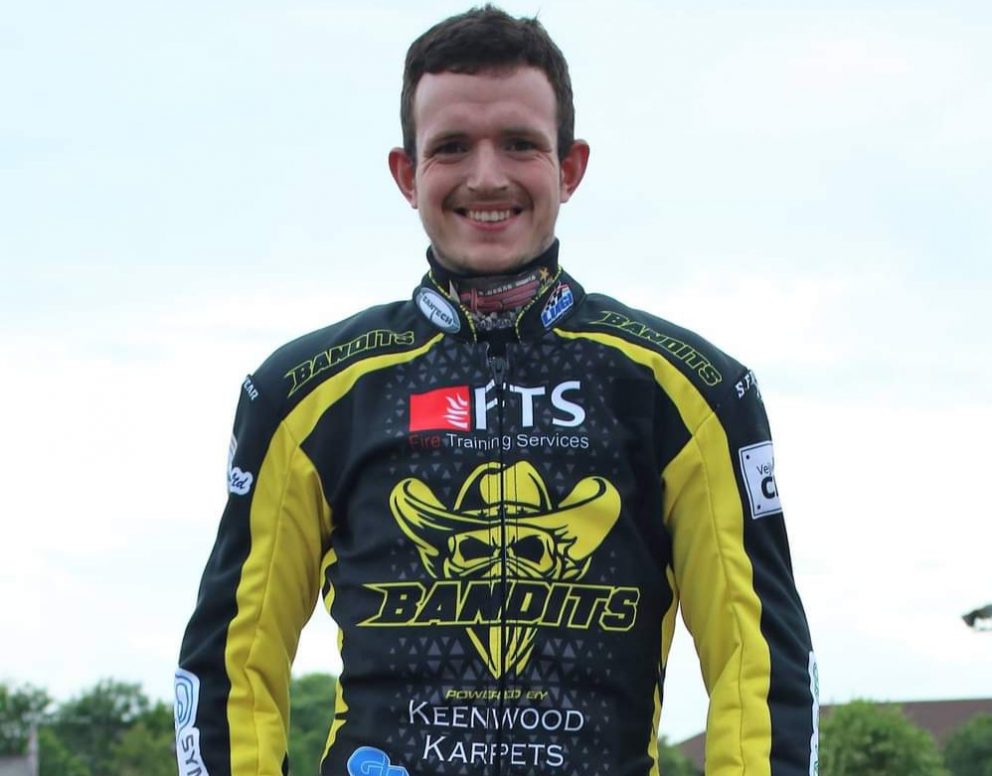 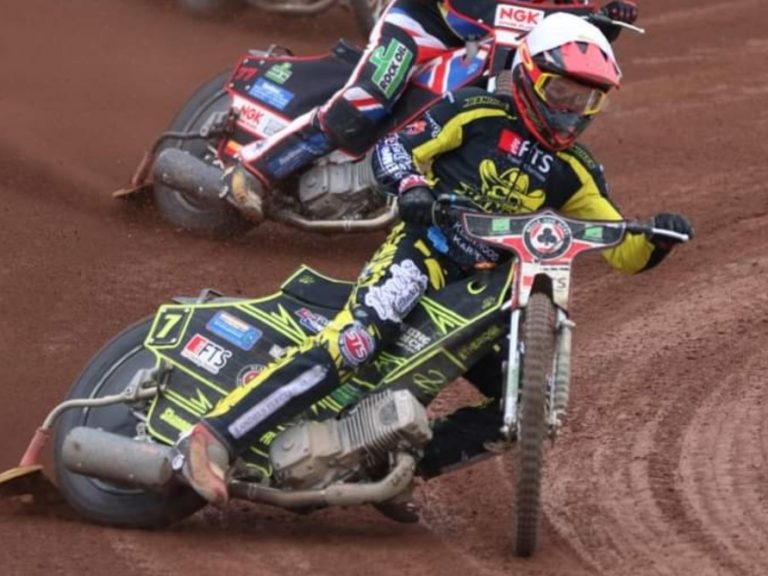 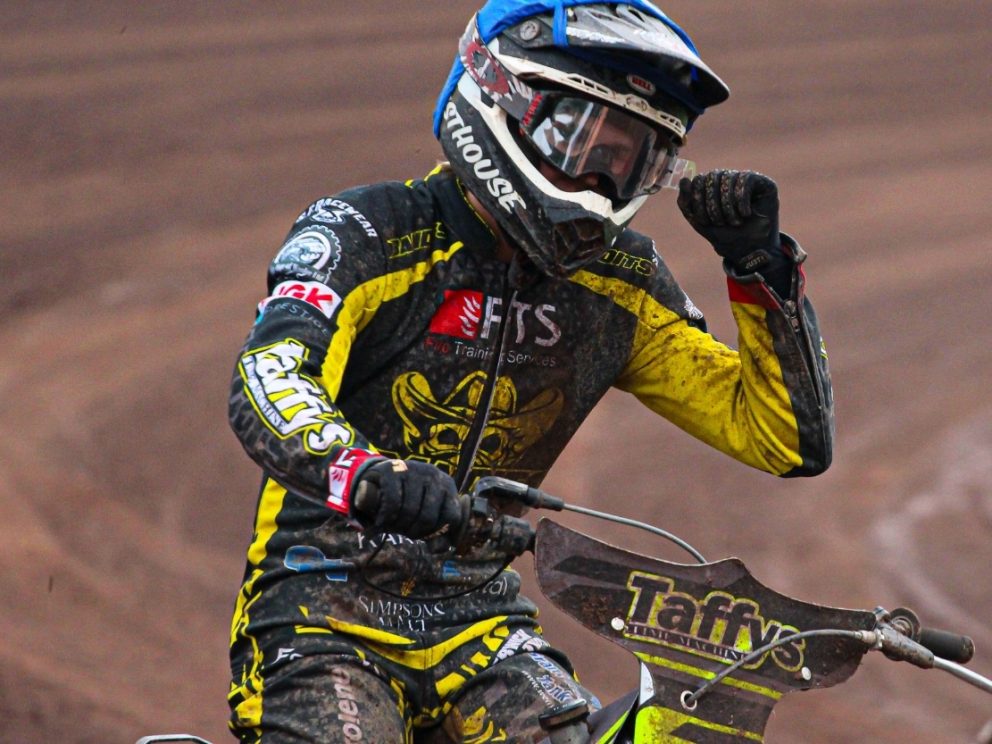 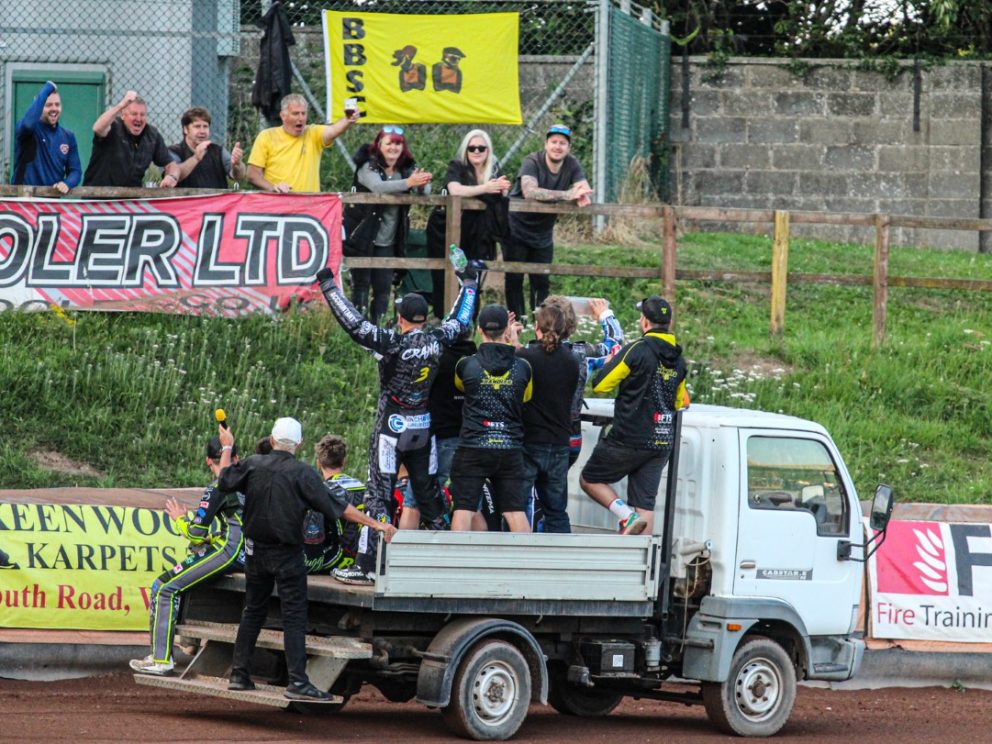 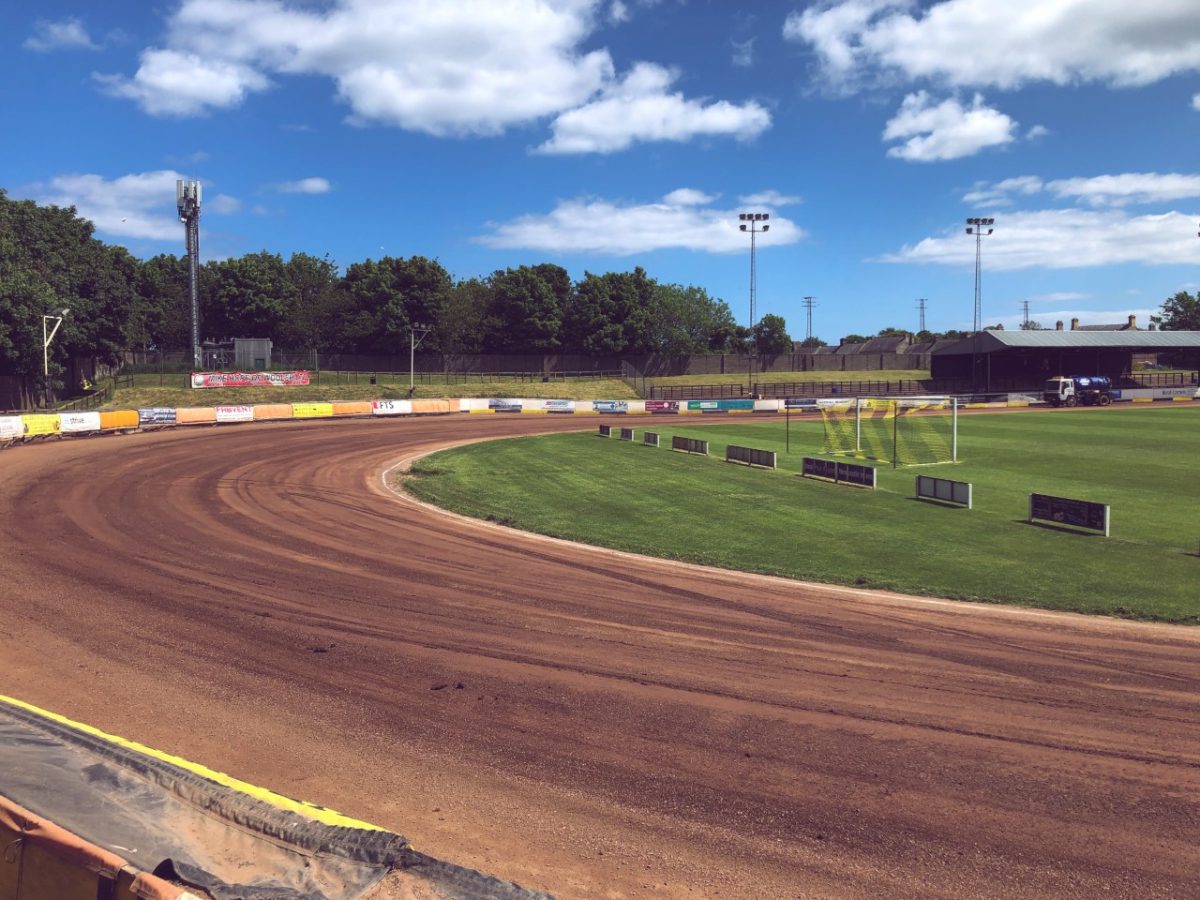 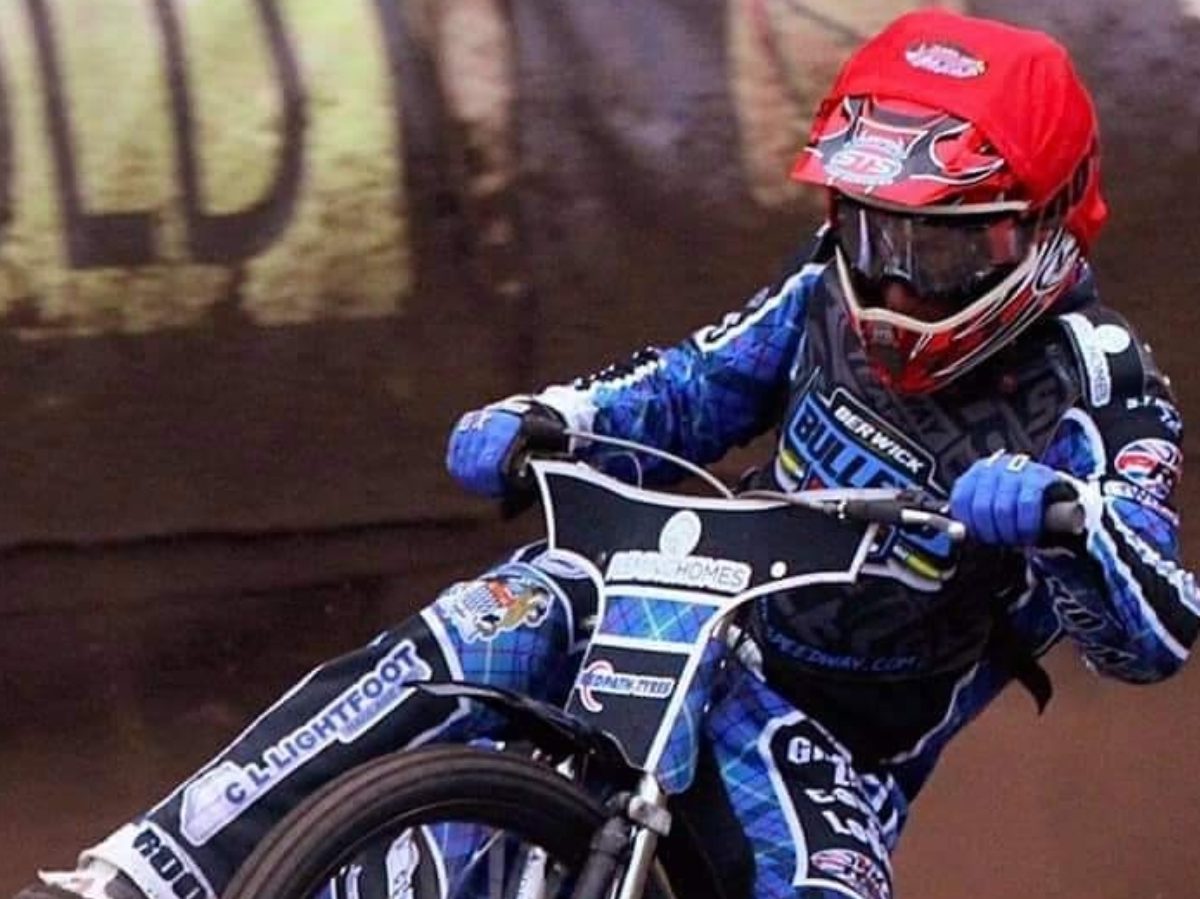