Poole Pirates: 52
Berwick FTS Bandits: 38
SGB Championship League
The Berwick FTS Bandits have developed a reputation as fierce travellers this season so far, falling flat over the last few races, so Poole Pirates were a little reticent over their visit to the Dorset track, however the Pirates had puller a ringer of a guest for their injured Rory Schlein in Danish International, Hans Andersen.
Andersen was out in Heat One against Berwick’s Nikolaj Busk Jakobsen and Leon Flint and new face to the British scene, Zane Keleher of Australia, however, Busk Jakobsen was forced wide by Andersen on bend one and fell with a re-run called for all four riders, in which the two Poole guys gates well over the Bandits with Keleher having to defend hard till Busk Jakobsen passed him on the second lap in a home 4-2.
The reserves’ Heat Two Flint led the way with Kyle Bickley initially behind, but Ben Cook powered up and took second on the opening lap, to seal a 2-4 for Berwick, levelling the scores at 6-6, while in the third race, Jye Etheridge popped out from the gate ahead of Steve Worrall, and despite a hard challenge from the Pirate, Etheridge eventually extended his lead and won in a 3-3 result holding the tied scores 9-9. 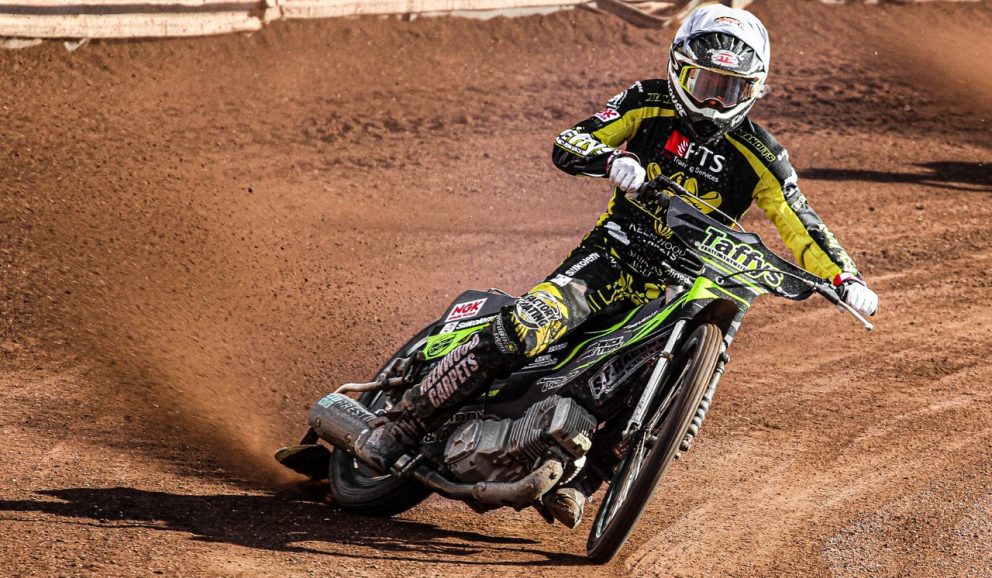 Flint was out for his third ride in four races in Heat Four, up against former British Champion Danny King, and it was Flint who made the gate to head King on the first two bends and held that lead until bend three of the third lap when King overhauled him to transform the 2-4 into a shared 3-3, going into the first tractor grade 12-12.
Nielsen and Worrall made light work of a Heat Five maximum 5-1 over Busk Jakobsen and Bickley pushing the home side ahead 17-13, a gap reduced to two when Summers out gated Andersen in Heat Six and held the three points to the end with Bickley keeping Keleher at bay for a Bandits’ 2-4, the tight score now 19-17, while Gappmaier weas lucky not to be penalised by the referee in Heat Seven, jumping before the tapes moved, but the race continued with an easy win for Cook over partner King and Gappmaier who took third in another easy home 5-1 pushing Poole ahead by 24-18.
Berwick’s reserves led Heat Eight from the gate with Flint and Bickley racing a very clever race to keep the speedy Cook in third for a vital Bandits’ 1-4 narrowing the gap to two again, 25-23 before Nielsen made the gate in the ninth soon to be joined by Worrall who passes Bickley on the first lap with Summers looking sadly out of it at the back in a home 5-1 putting Poole six up again, 30-24.
Etheridge and Gappmaier had a tough challenge in the 10th from Andersen and Cook, and it was Etheridge who led early on till Cook went round him on the first lap, as Andersen tried everything to get past Etheridge, which he did on the third bend of the last lap to hit home another Pirate’s 5-1 and put 10 between the teams 35-25 as Berwick’s grip began to loosen.
Ben Cook, who is developing as a real talent so far, gated like a rocket from the Heat 11 to win ahead of Summers and Busk Jakobsen, who just missed out on to third following a final blast from King, in a 4-2 result, as Poole extended their lead to 39-27, but a win from Worrall in Heat 12 over Etheridge and Flint, who fended off Hume well, meant Berwick needed three 1-5s
to draw the match.
Heat 13, however signed, sealed, and delivered the points into the Pirates chest with Andersen winning with a clear lead as King battled his way, passing Summers but not Busk Jakobsen in a match-clinching 4-2, the score now 46-32 with two races to run.
Team manager, Gary Flint said: “Again we saw plenty of effort from the Bandits tonight, but sadly yet again we left Poole with no league points although Leon and Kyle especially did their best to take something from the meeting. Well done to the Pirates, and their Ben Cook looks a real prospect for the future who was sensational. It’s time for us to regroup now and get ready to take all the points from Redcar Bears up at Shielfield Park on Saturday night.”
Individual Riders’ Score Chart:
Poole Pirates: 52
Hans Andersen (guest) 3,2,2*,3,2* = 12+2
Zane Keleher 1,0,0,N = 1
Steve Worrall 2,2*,3,3,3 = 13+1
Stefan Nielsen 1*,3,2*,Fx = 6+2
Danny King 3,2*,1,1 = 7+1
Ben Cook 2,3,1,2,2,1 = 13
Danyon Hume 0,0,0,N = 0 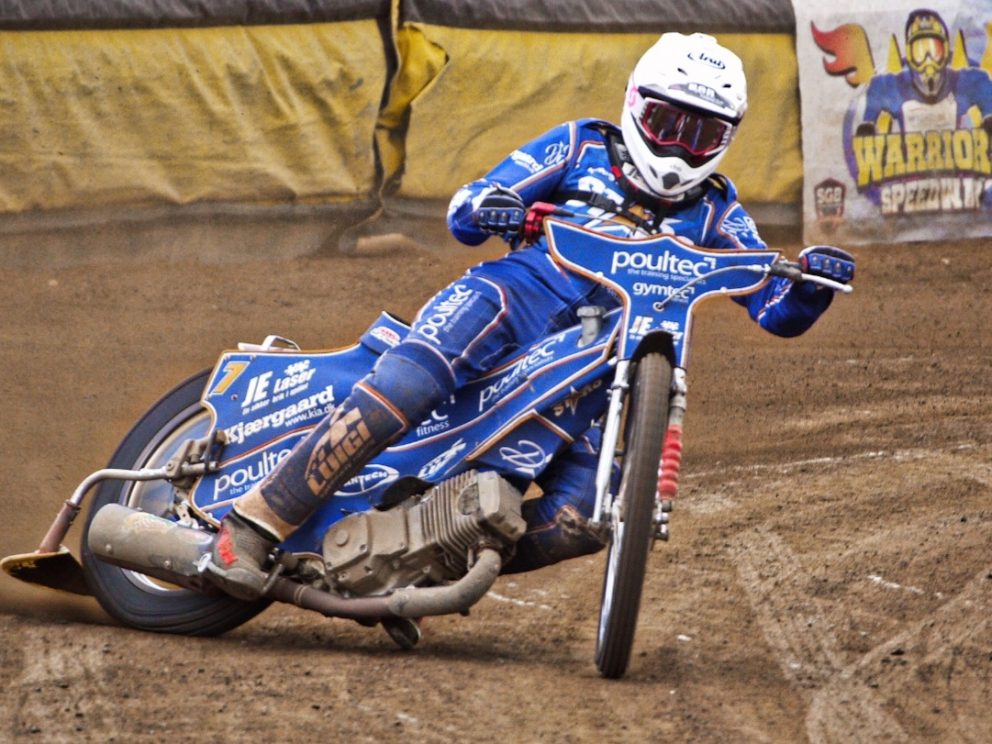 KASPER IN FOR COTY! 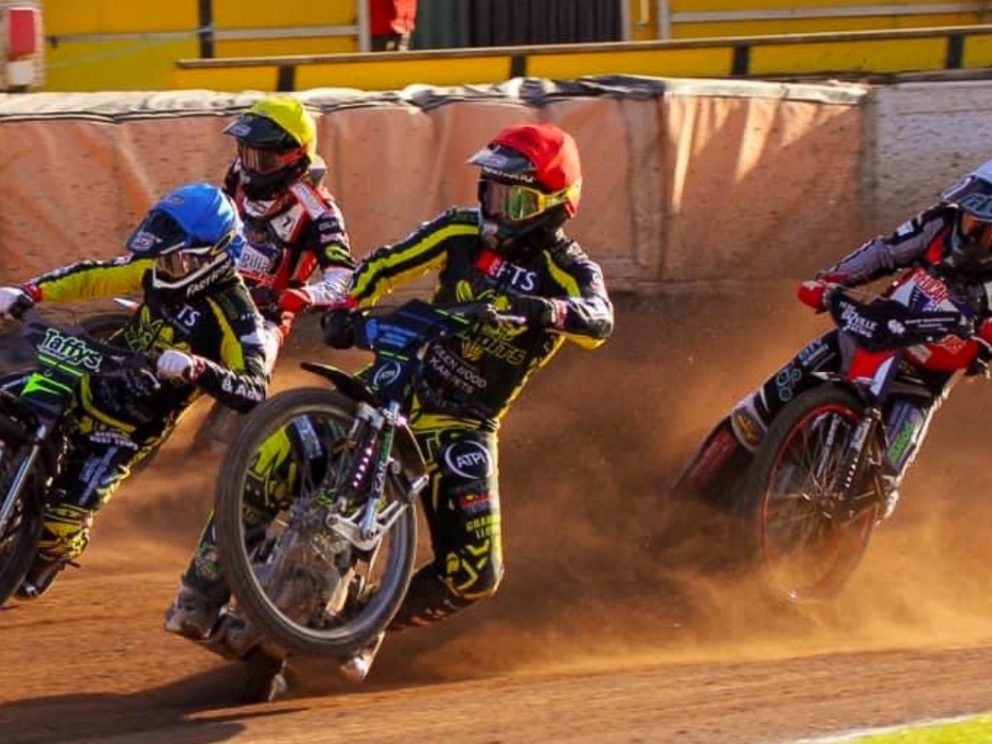 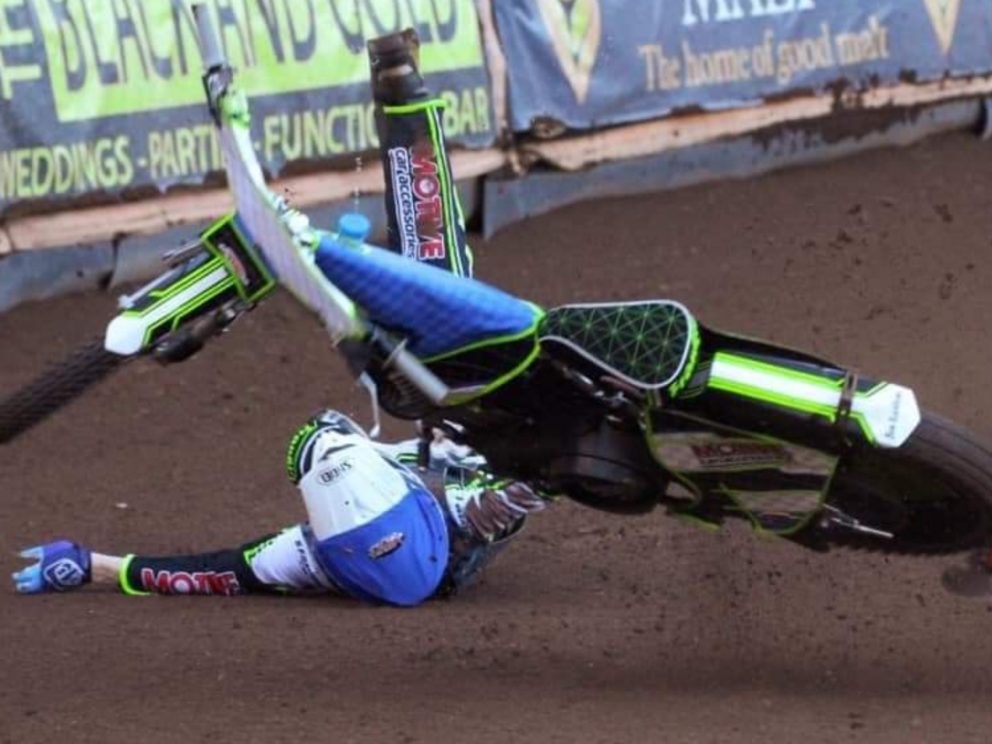 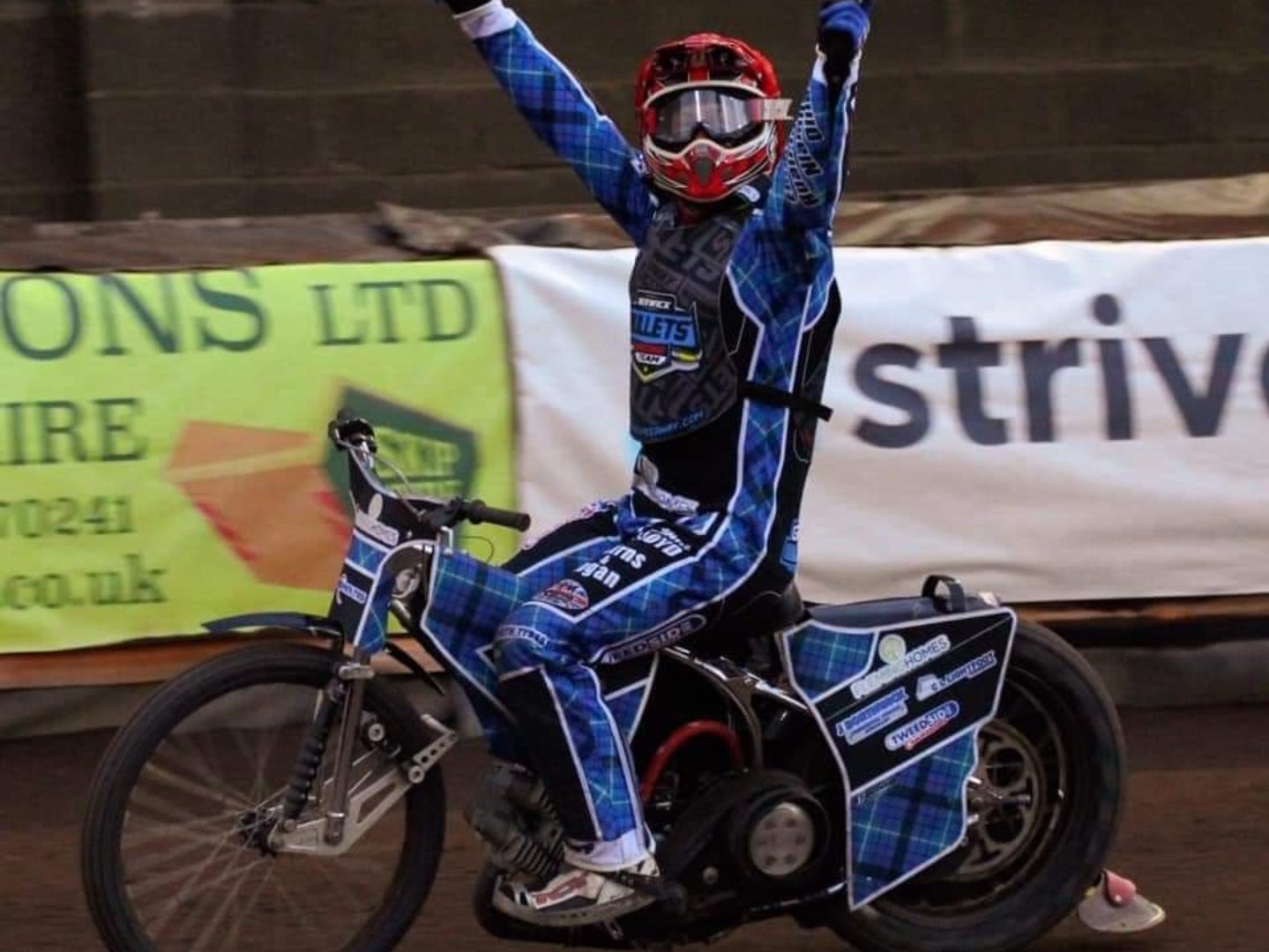 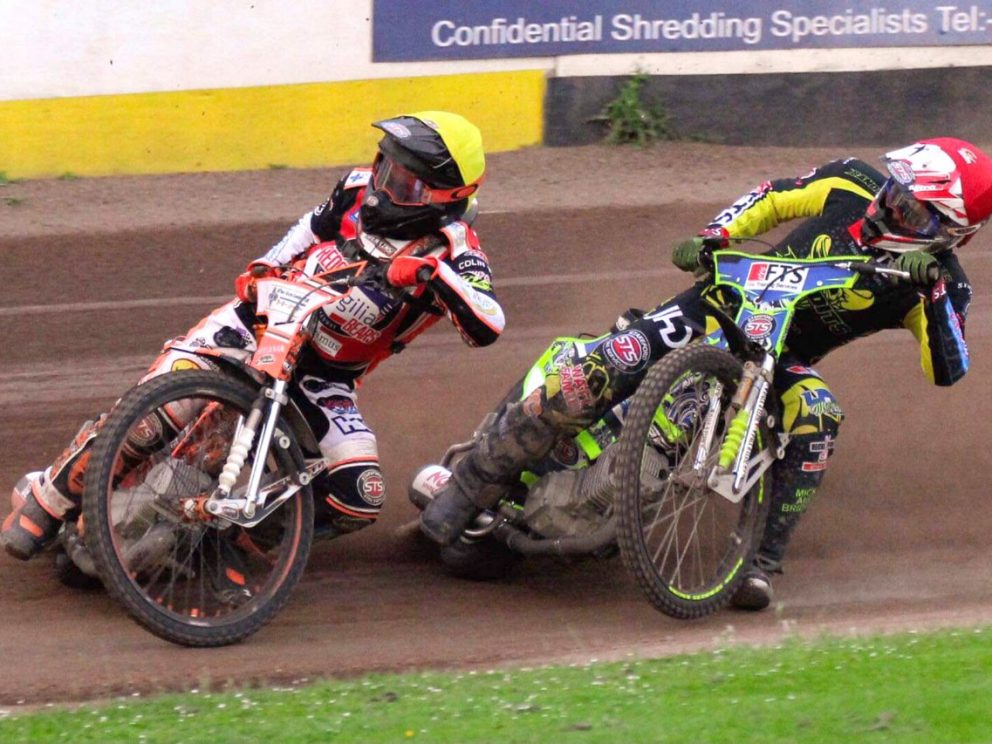 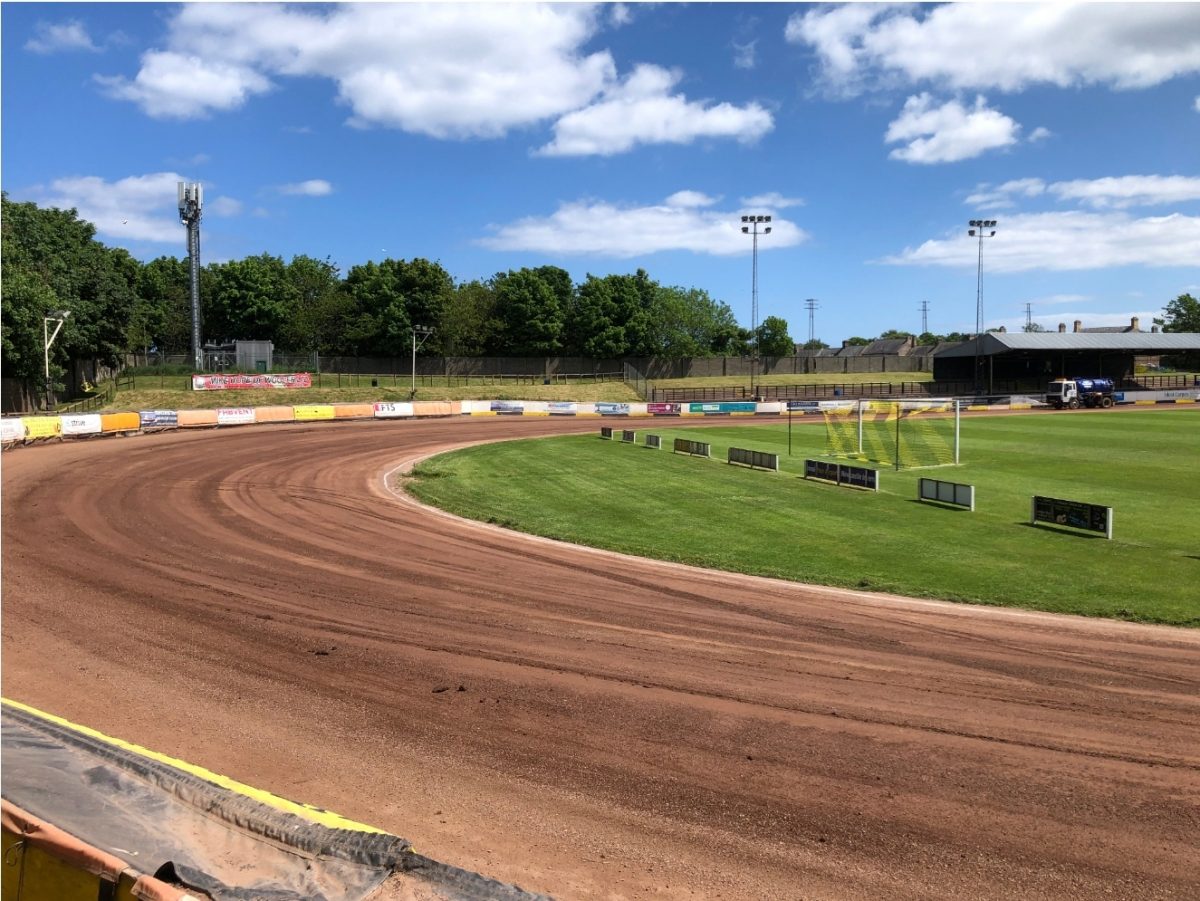