The identity of the play-off semi-final opposition for the GHT Bullets remains unknown after Kent kept their hopes alive by staging a late comeback to pip rivals Belle Vue.

The Colts led the meeting from heat two until heat 14, twice opening up six-point leads over the Royals.

Crucially, the Royals had the individual riders of the afternoon as Max Clegg scored his fifth maximum, this one paid, in five outings since signing for the Iwade outfit to replace the injured Alfie Bowtell, while Ben Morley was also unbeaten by an opponent.

They combined for 5-1s in heats 13 and 15 and with Connor King winning 14 after the previously impressive Archie Freeman fell, the home side won 47-43.

Belle Vue currently fill the final play-off place on 25 points from 13 meetings with an as yet unarranged visit to Armadale still to come. Kent visit Oxford Challengers with both sides on 23 points with just Wednesday night’s fixture remaining for both sides.

Whoever wins will move above Belle Vue, although a draw would see the Colts into the play-offs by virtue of superior race points’ difference

The official cut-off date for fixtures is September 30. Armadale currently have three fixtures remaining while no date has yet been fixed for the Bullets’ trip to Leicester.

Ω Greg Blair and Kyle Bickley will fly the Bullets’ flag in the National League Riders Championship at Scunthorpe on Sunday.

The Berwick skipper has been drawn at number 15 in the meeting, which begins at 3pm with Blair – who was on commentating duty for British Sports Network at Redcar on Saturday – wears the number nine racejacket. The meeting will be streamed live via tv.scunthorpe-speedway.com

He is one of a number of leading writers – including Ann Cleves, who created the star of the highly acclaimed ITV drama series Vera – appearing as part of the Ninth Berwick Literary Festival.

Roddy, a former print and broadcast journalist and editor at the BBC, ITN and TV-am, will be discussing his 2021 book, No breaks: a lost season in British Speedway.

It views the sport against the backdrop of 2020, a season lost amid the Covid pandemic save a handful of meetings – including the British Under-21 Final at Shielfield in October – staged behind closed doors in Britain.

He is on-stage between noon and 1pm with tickets – £5 – and more information about the festival – which runs from 13 to 16 October, available from berwickliteraryfestival.com 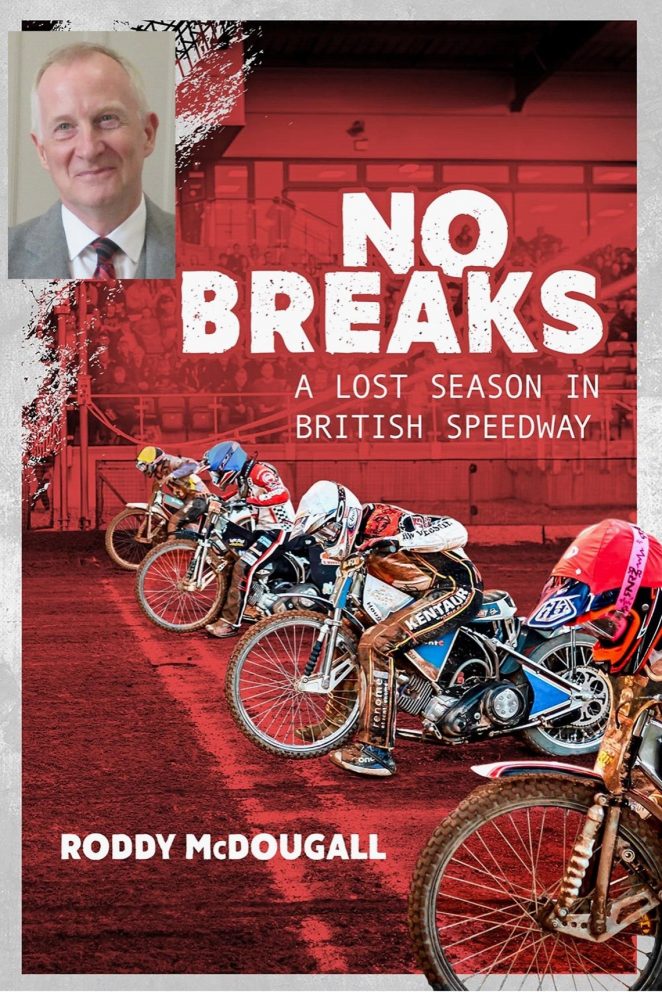