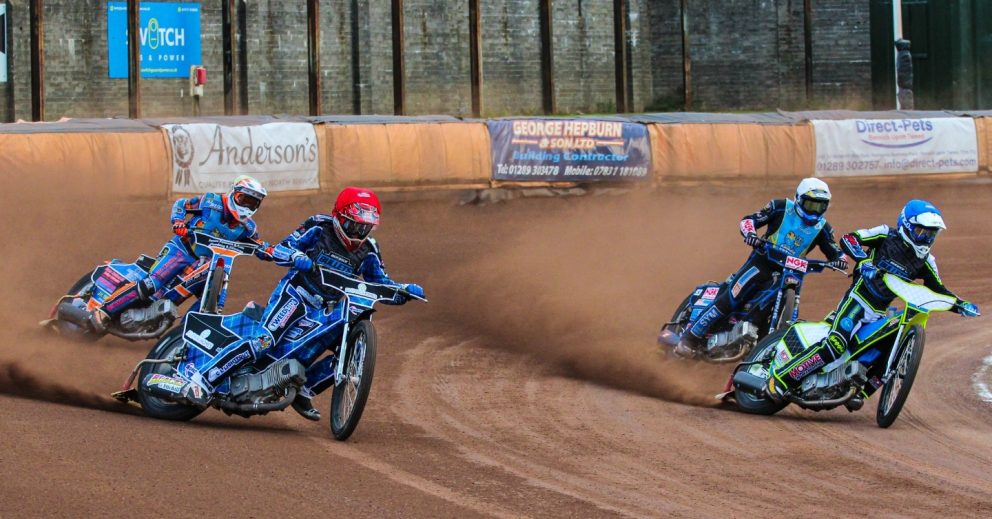 Berwick Speedway’s Shielfield Park staged the first league speedway meeting in the UK since October 2019 last night, thanks to the Covid-19 pandemic scuppering the entire 2020 programme.

Their National Development League side, the newly-formed Bullets, welcomed the Armadale Stellar Devils from Edinburgh for the restarting of British League racing, albeit a behind closed doors event with website live-streaming and a reduced staff on hand to run the event, the first team event to be raced on the new-shaped circuit.

The Bullets are the second-tier team at Shielfield Park with the Bandits racing in the Championship set to open later in May, while the Academy side in the Northern Development League are ready to roll as well.

It was Leon Flint who shot from the Heat One tapes well from Nathan Greaves with Bullets’ number two Ryan McDonald taking a good third well over Sheldon Davies to put Berwick 4-2 ahead, however Heat Two was halted as the tapes went up when Gregor Millar hit the gas too hard and looped over, resulting with his exclusion and a trip off to the medical room in the ambulance.

Mason Watson made the perfect gate in the re-run to win the second well ahead of Armadale’s George Rotherly for a second 4-2, doubling the Bullets’ lead to 8-4 while Greg Blair and Ben Rathbone doubled that with a solid 5-1 in Heat Three, although Tom Wooley tried hard over the last lap to get up with Rathbone as the score moved on to 13-5.

Rothery spun off on the third bend of the fourth heat stopping the heat and taking an exclusion, and the second Armadale reserve needed medical treatment but got back to his feet to walk off the track, and in the re-run, Kyle Bickley took three points untroubled over former Newcastle Diamond, Danny Phillips in another 4-2, with the first round of heats ending up at 17-7 before the track grade.

Blair had to fight hard in Heat Five, but the hard chasing Greaves managed to get past the Bullet and sneak the win and share the race 3-3, while in the sixth Flint and Phillips were out in opposition and it was Phillips who led well from the gate with Flint losing ground through the race with the Devils taking a 2-4 advantage to narrow the gap to 22-14.

The best race of the night to date came in the seventh, with Bickley out in front for the win ahead of Wooley, but the chase for third went to the last yard of racing, taken just by Kieran Douglas over Lewis Millar in the 4-2 to restore the Bullets’ ten-point lead, 26-16.

Despite his earlier fall, Rothery chased McDonald well in the eighth, but the Bullet held on for the 4-2, extending Berwick’s lead to 12 points. Wooley took a shock lead in Heat 10, but Flint forced his way round to take the win and another three points to tie the heat 3-3, and the score to 36-24.

Greaves was looking a solid win in Heat 11 ahead of the two Bullets, Bickley and Douglas, but Greaves took a hard fall on the first bend of the last lap gifting the Berwick lads a 5-1 and extending the home side’s lead to 41-25, and the Heat 12 1-5 to Armadale after Blair fell on lap three which gave the maximum to the Devils, so, with three races to go, the match was still not safe for Berwick.

Flint took up the Heat 13 lead off bend two ahead of Greaves, chased hard by Bickley, however the 4-2 was enough to give the win to the new Berwick Bullets with two races to run.

Team manager Gary Flint said: “Great to see the guys back on the track in official league racing again after something like 19 months and our side looked so slick and ready for victory, almost like they’d never had the break in the first place. Leon was right back to form, as was Kyle while Mason Watson has shown what he can do, winning Heat Two well. This was a great way to start to start the season, and sets us up nicely for our trip to Armadale on Friday night. The lads are confident of taking a decent result up there too.” 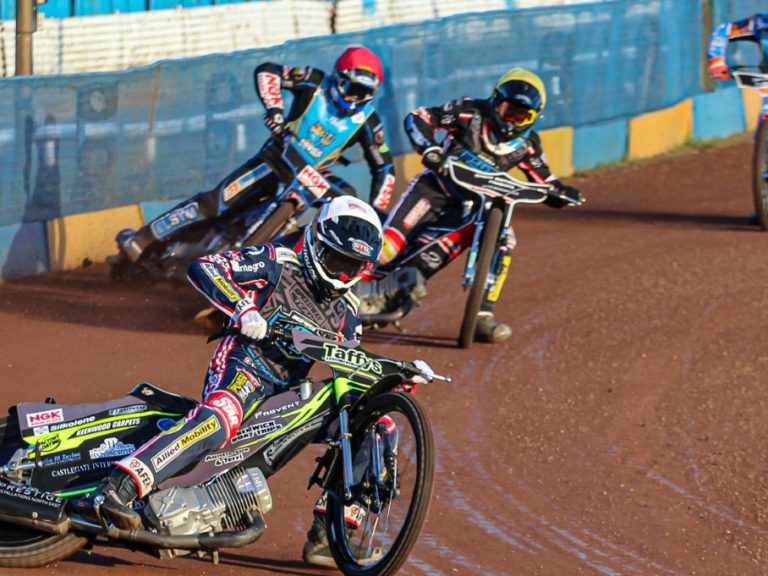 Bullets just miss out at Armadale 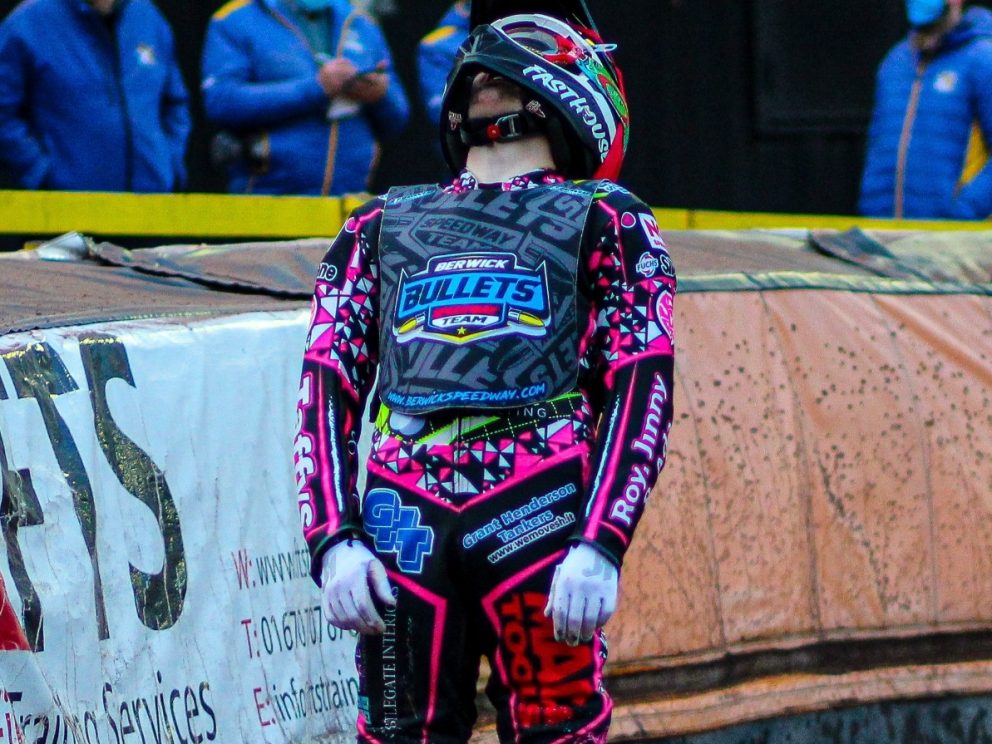 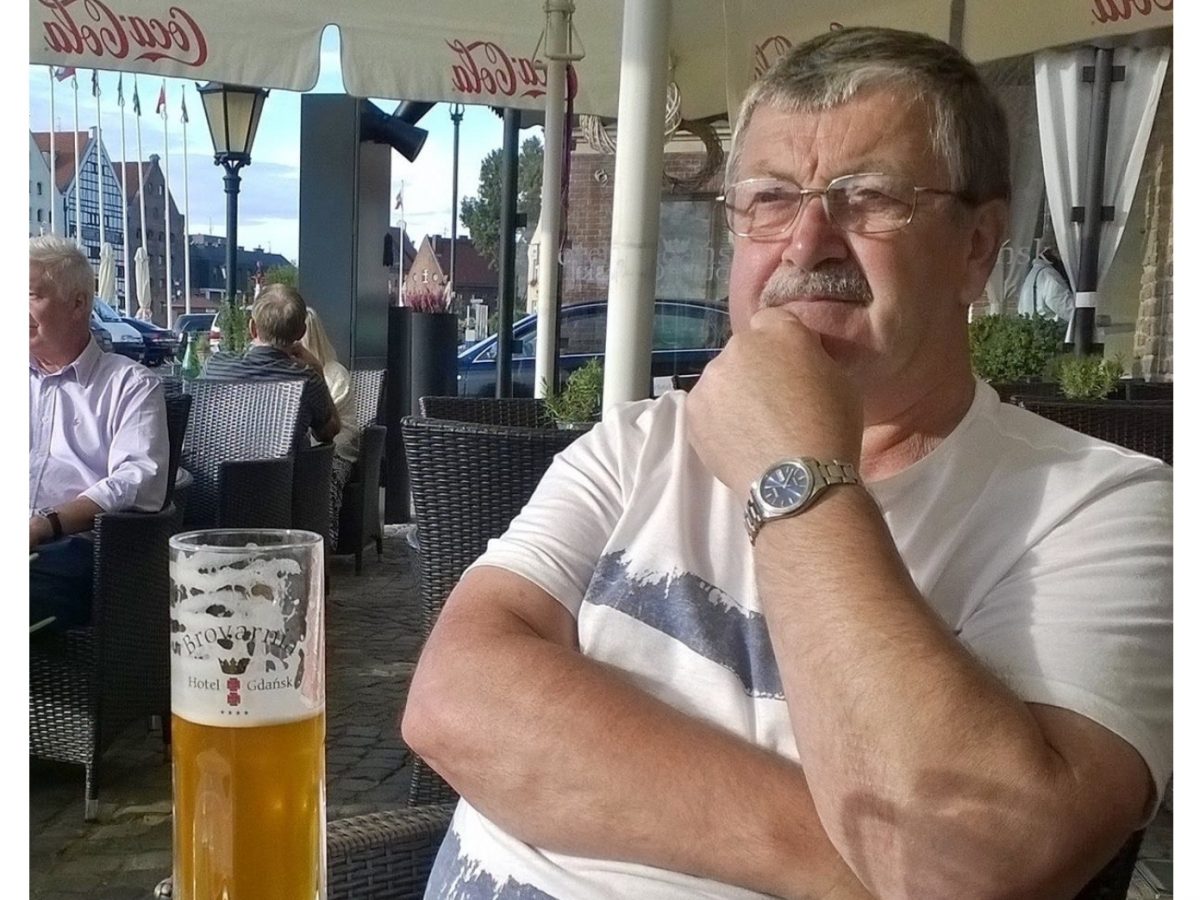 Bandits fan and long time friend of the club, Alistair Spence has… 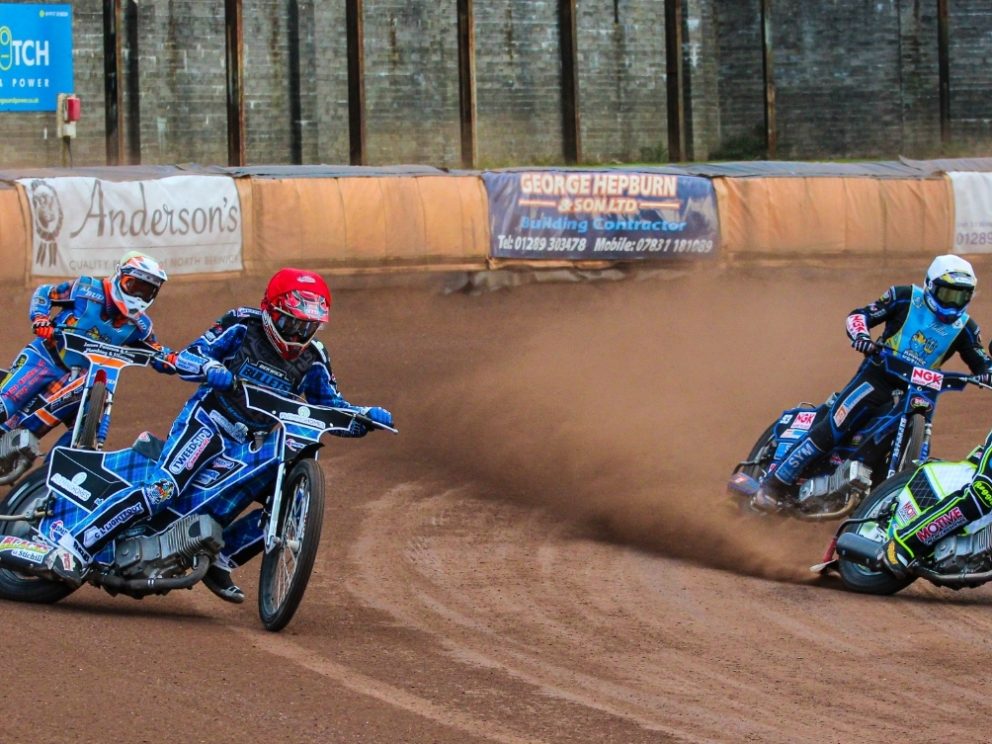 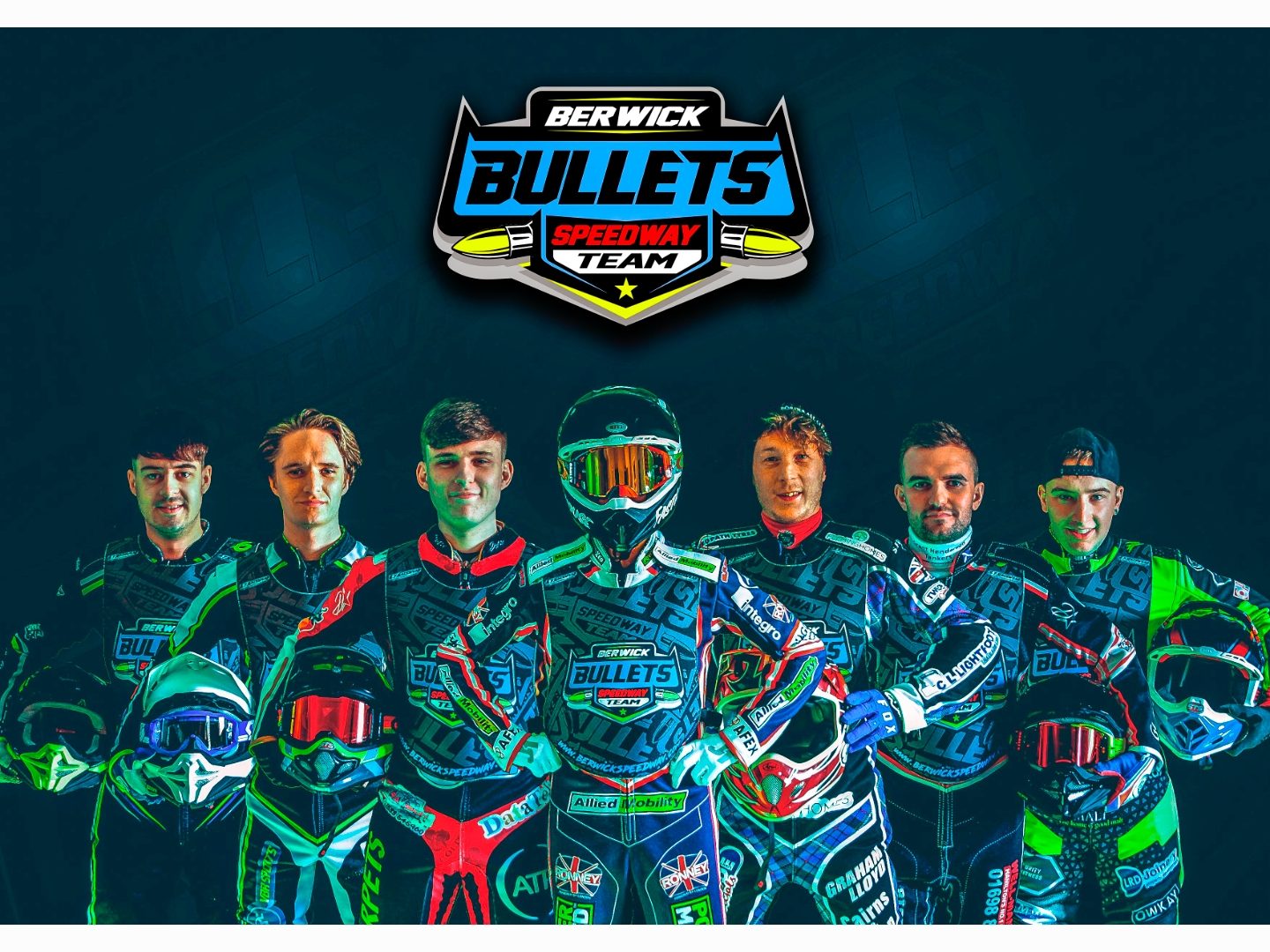 LIVE AND READY TO ROLL! 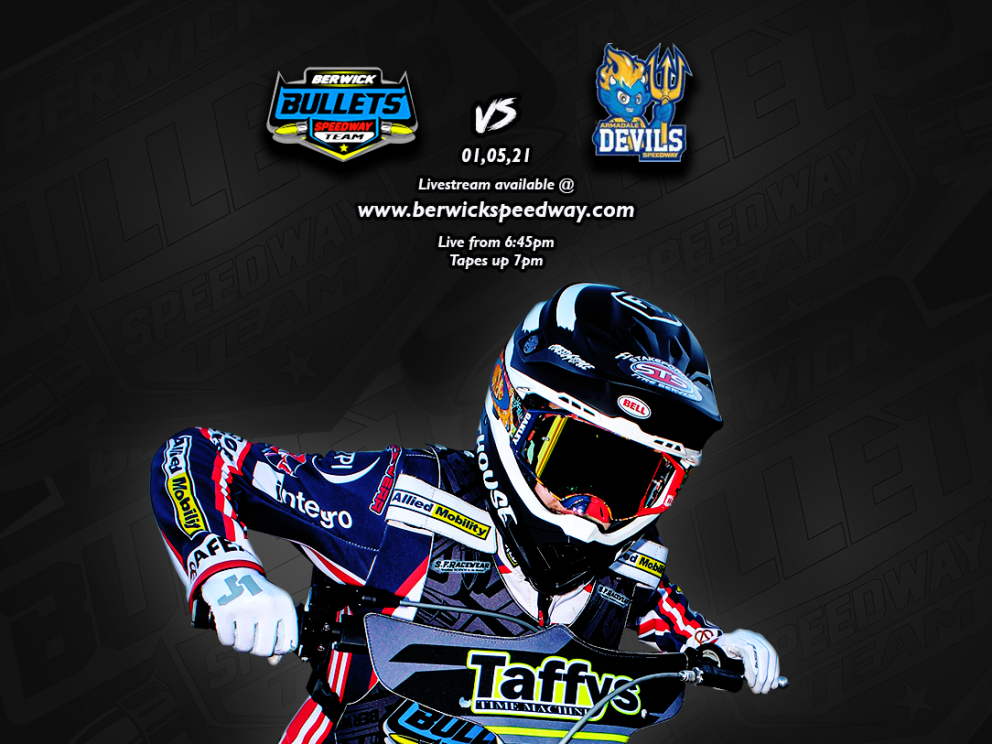