It’s been all systems go at Shielfield Park Stadium over the last few weeks and as we edge ever closer to the start of the 2021 season we wanted to update you on some positive progress 👇🏁
Since 2018 the STARS (Stadium, Track and Rent Support) Project has allowed the club to do their best to future proof the Sport in Berwick upon Tweed.
The creation of the 5 – 1 Draw has played a major part in helping the club generate much needed income for the STARS Project to not only maintain Speedway operations at Shielfield Park Stadium but also improve the facility to the best possible standard.
Berwick Bandits Supporters Club have done a fantastic job of running the 5 – 1 Draw on the club’s behalf and the funds generated from the hugely popular draw have helped towards
some recent major improvements and essential repairs.
In 1996 a noise barrier was erected around the perimeter wall of the 1st and 2nd bends of the stadium and it is a ‘must have’ to meet the requirements to run Speedway in the town.
In recent years the noise barrier had deteriorated beyond repair and some major investment and work has taken place over the last two weeks to remove the old boards and rails and replace it with a new and much more up to date structure.
With some much needed help from our friends at Glendale engineering and STARS Project funds we now have a more effective and cosmetically pleasing structure that will do the trick for many years to come!
The large majority of track work happened before the pandemic struck, but lots of tweaks and adaptions have taken place to help keep everyone attending Speedway safe within the Stadium for the upcoming season.
Positivity has been hard to come by for everyone over the last 12 months, but your Berwick Speedway Promotion have never stopped working towards the goal of, not only surviving Covid 19 and all of its challenges, but also continuing the progress and vision that has kept professional Speedway alive in Berwick upon Tweed since 1968.
We have lots to look forward to in 2021, a resurfaced and reshaped race track, a new team of young Bullets full of passion and vision for the future, a stadium well equipped to welcome people back on a Saturday night and if the stars align and Covid-19 restrictions are eased as expected, we get to enjoy the Berwick Bandits take on all comers in the SGB Championship division!
Stay positive folks!
Written by
Lawrence Heppell 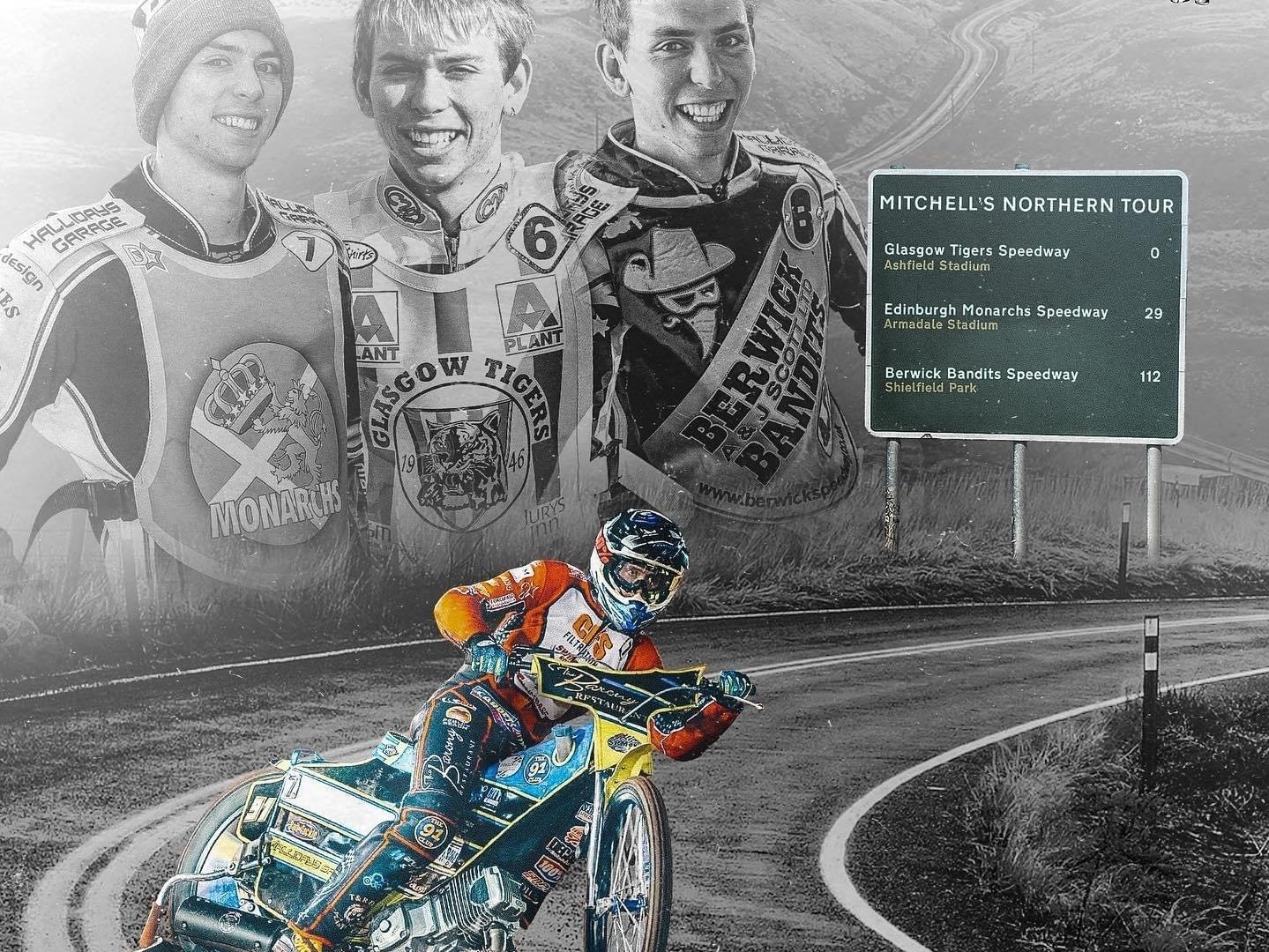 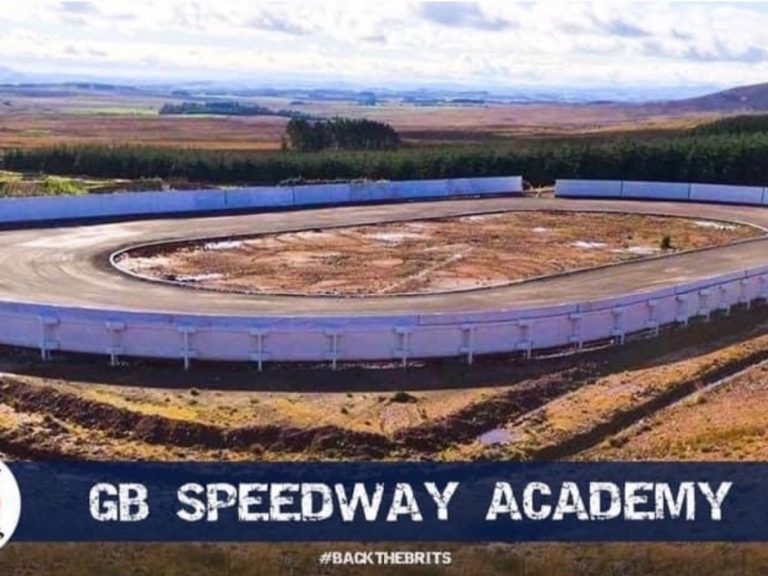 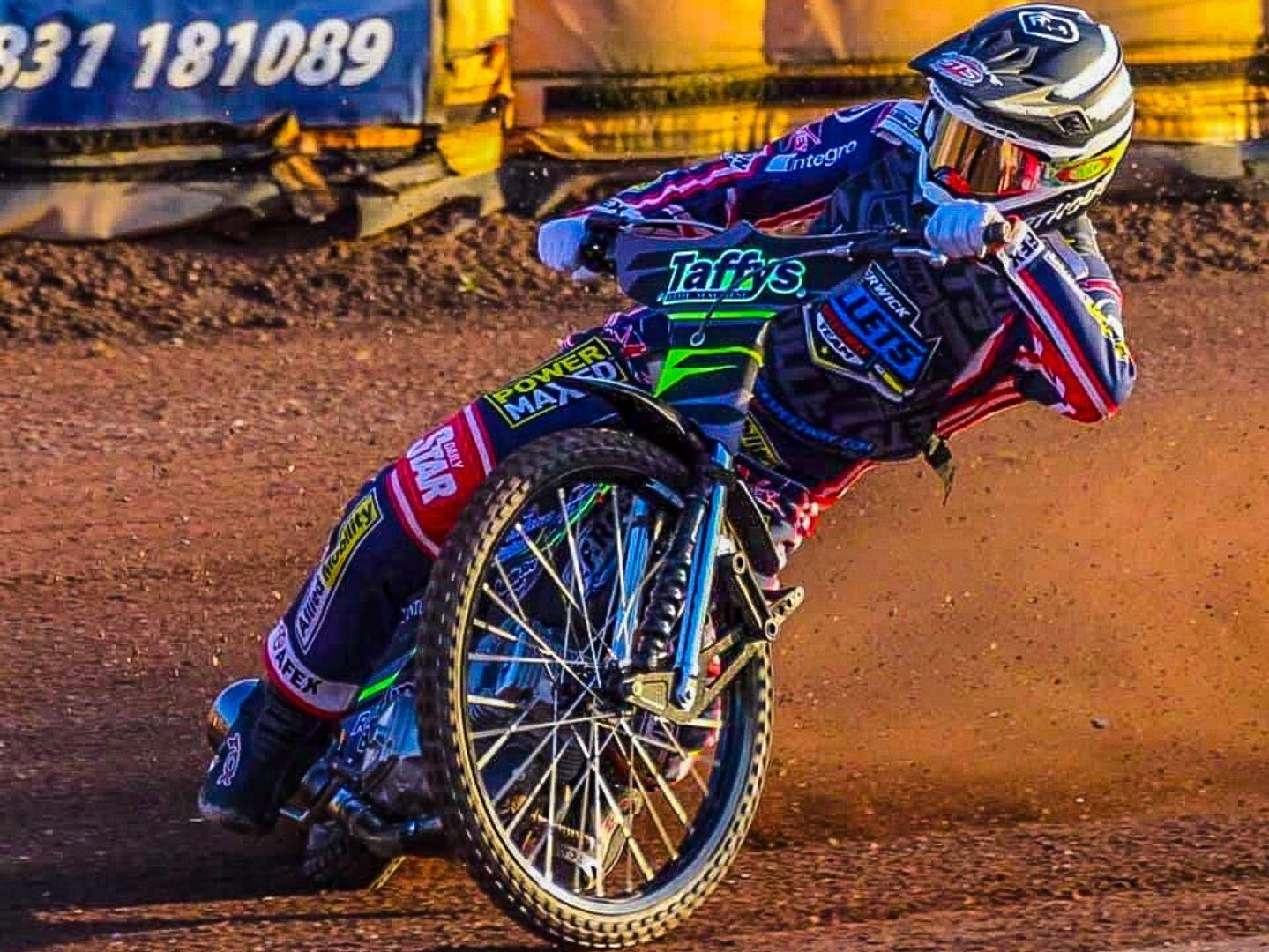 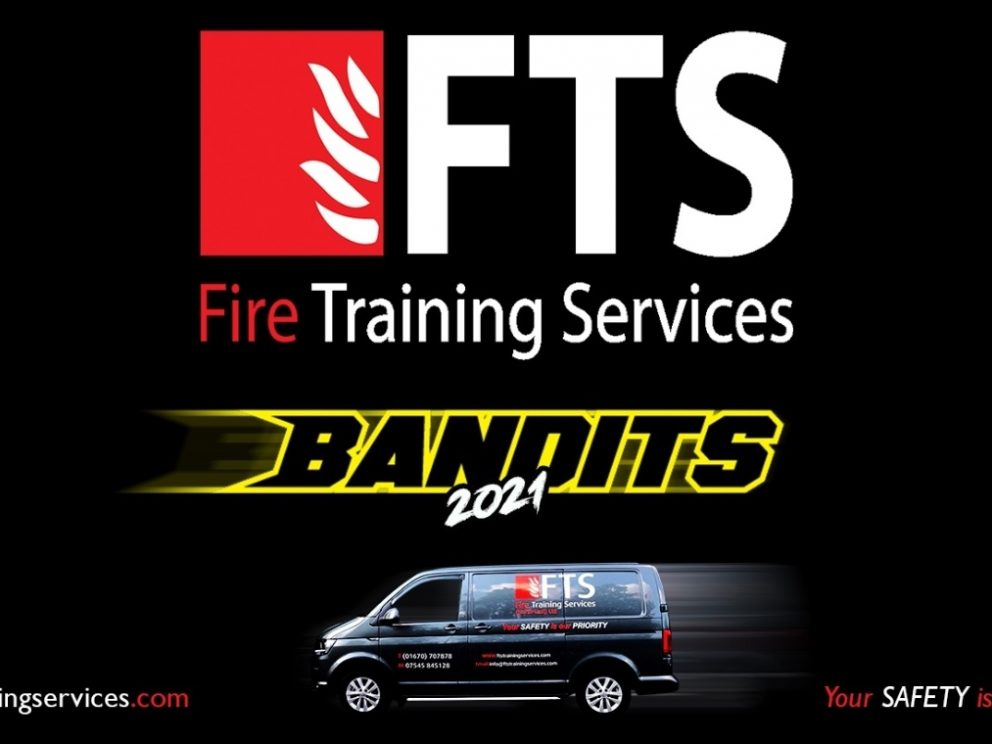 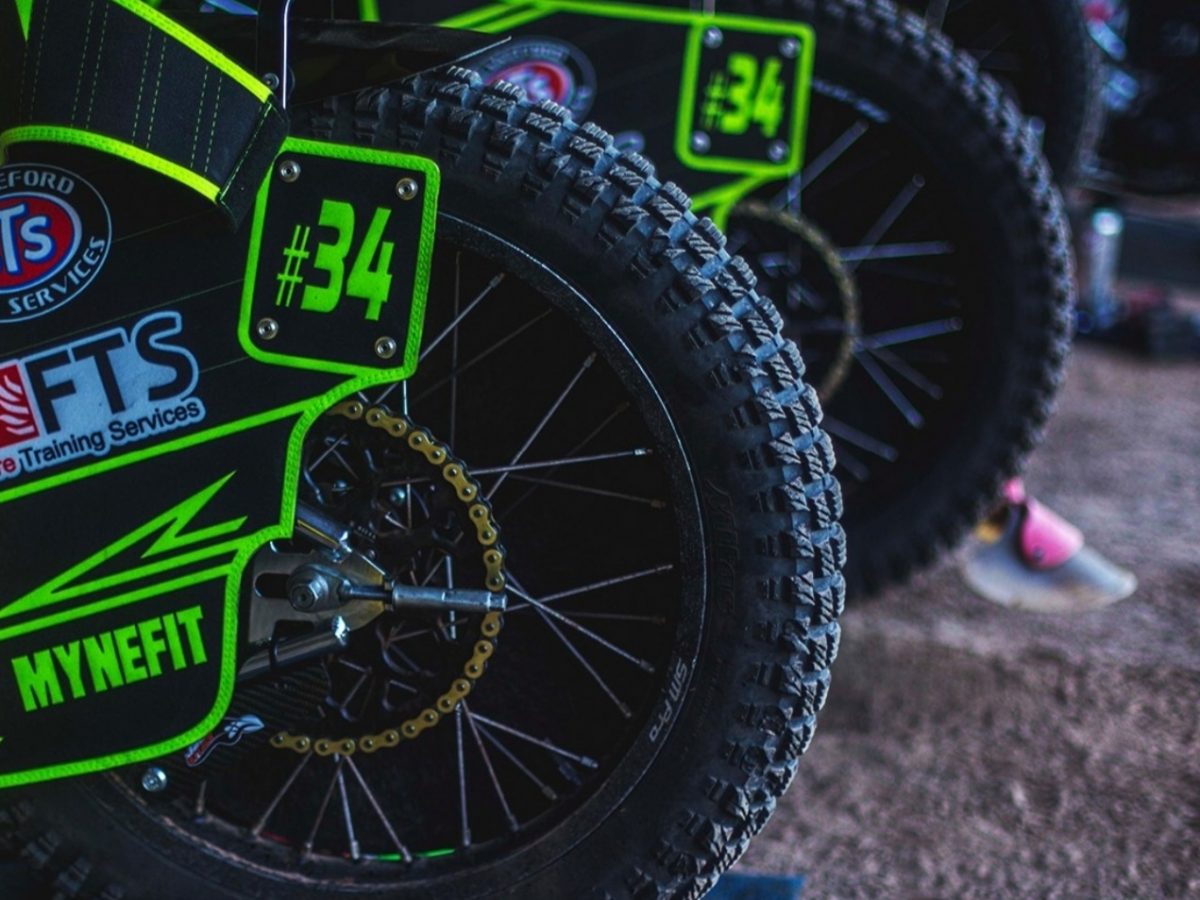 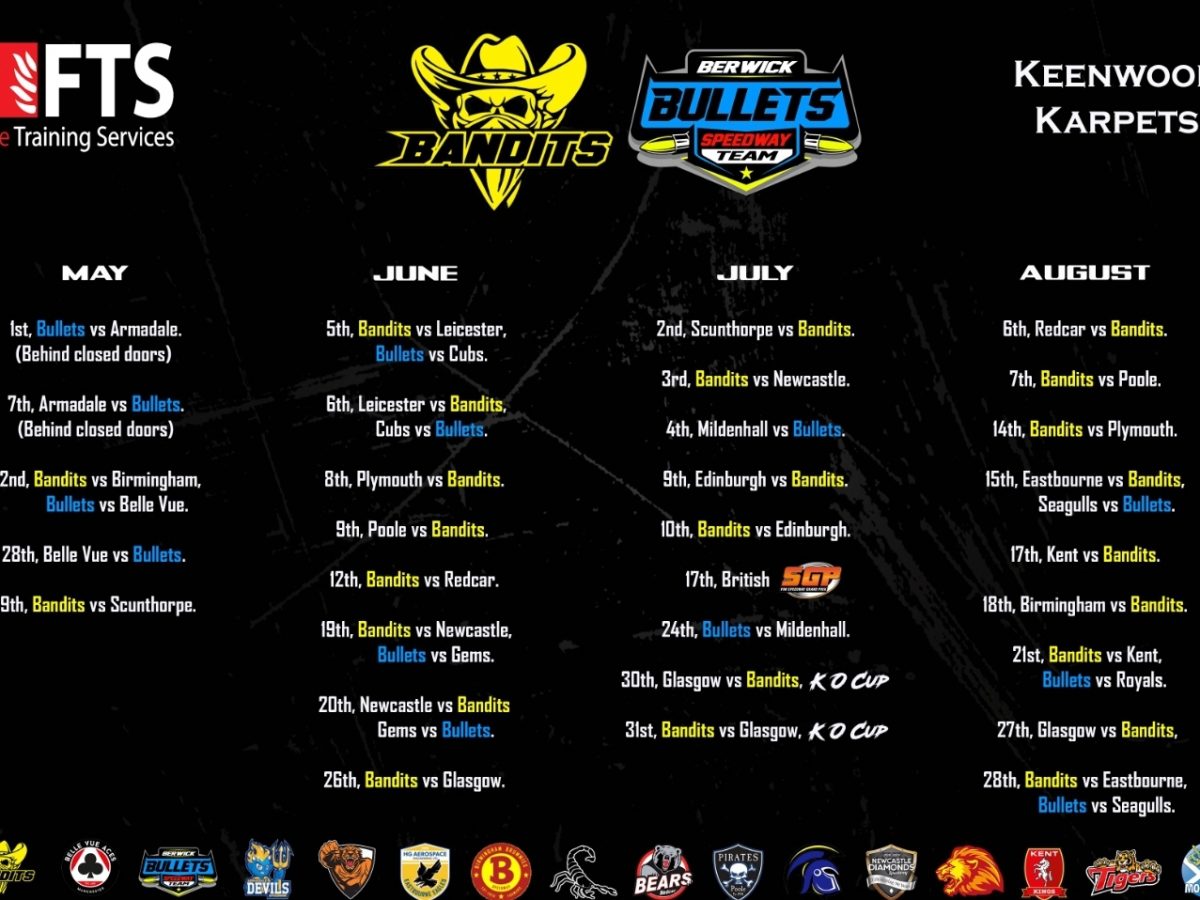 Here is your stacked 2021 Berwick Speedway schedule folks! There is a few…